This rust free and accident free 1996 Toyota Land Cruiser FZJ80 was originally bought and driven in the North West from the date of purchase until it was driven across the United States to Maine in roughly 2016-2017.  Since its arrival, it has not seen a single winter on the roads preserving its corrosion free chassis and body. 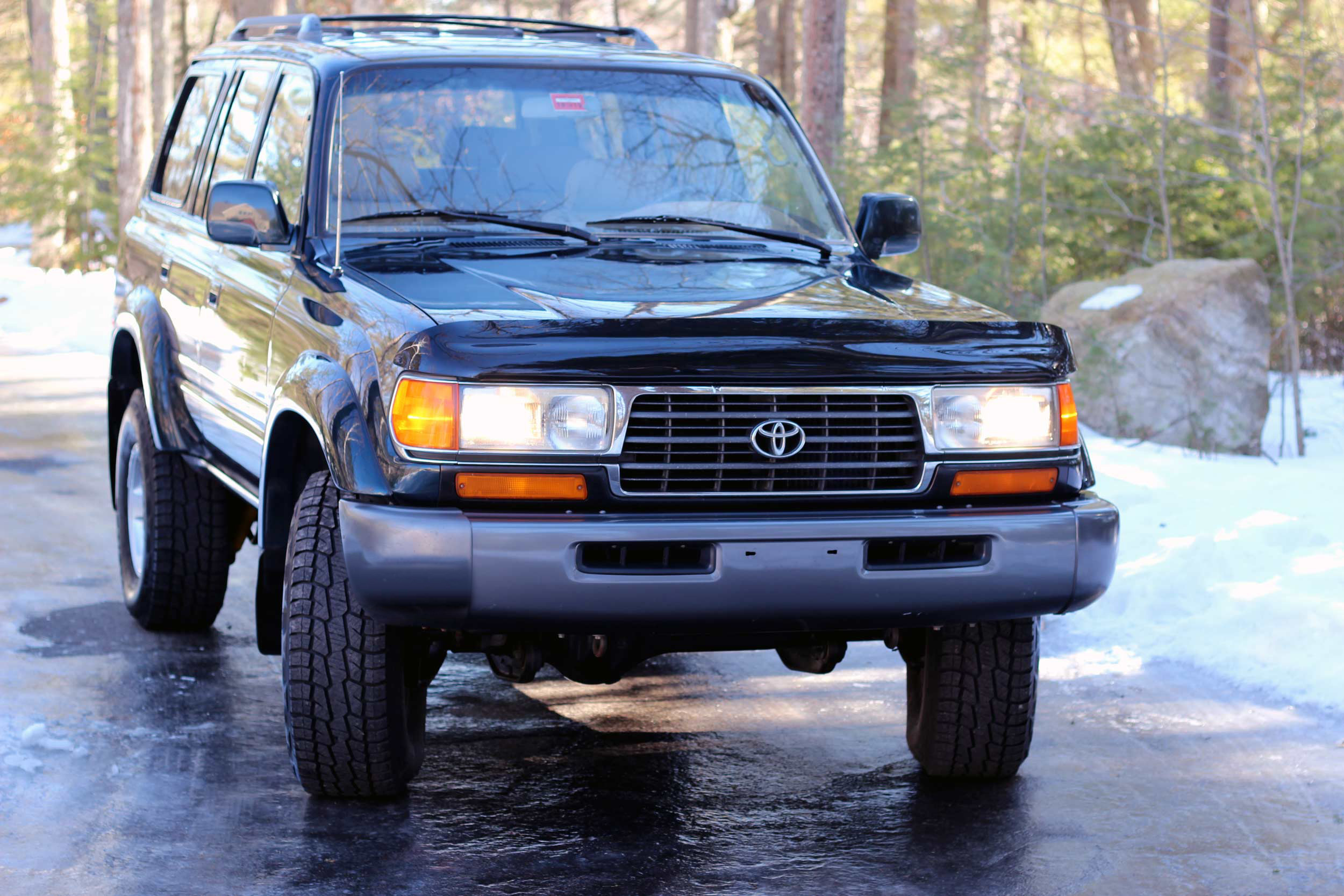 Power comes from Toyota’s 4.5L inline six-cylinder 1FZ-FE engine, which produces just over 210 hp.  This 80 Series has a Full Time 4WD system with both 4HI and 4LO range and an automatically locking center differential when in the 4LO setting.  Both the front and rear axles are coil sprung with the addition of a 2.5” lift from Old Man Emu. The lift as around 8000 miles on it and all components are in fantastic shape. 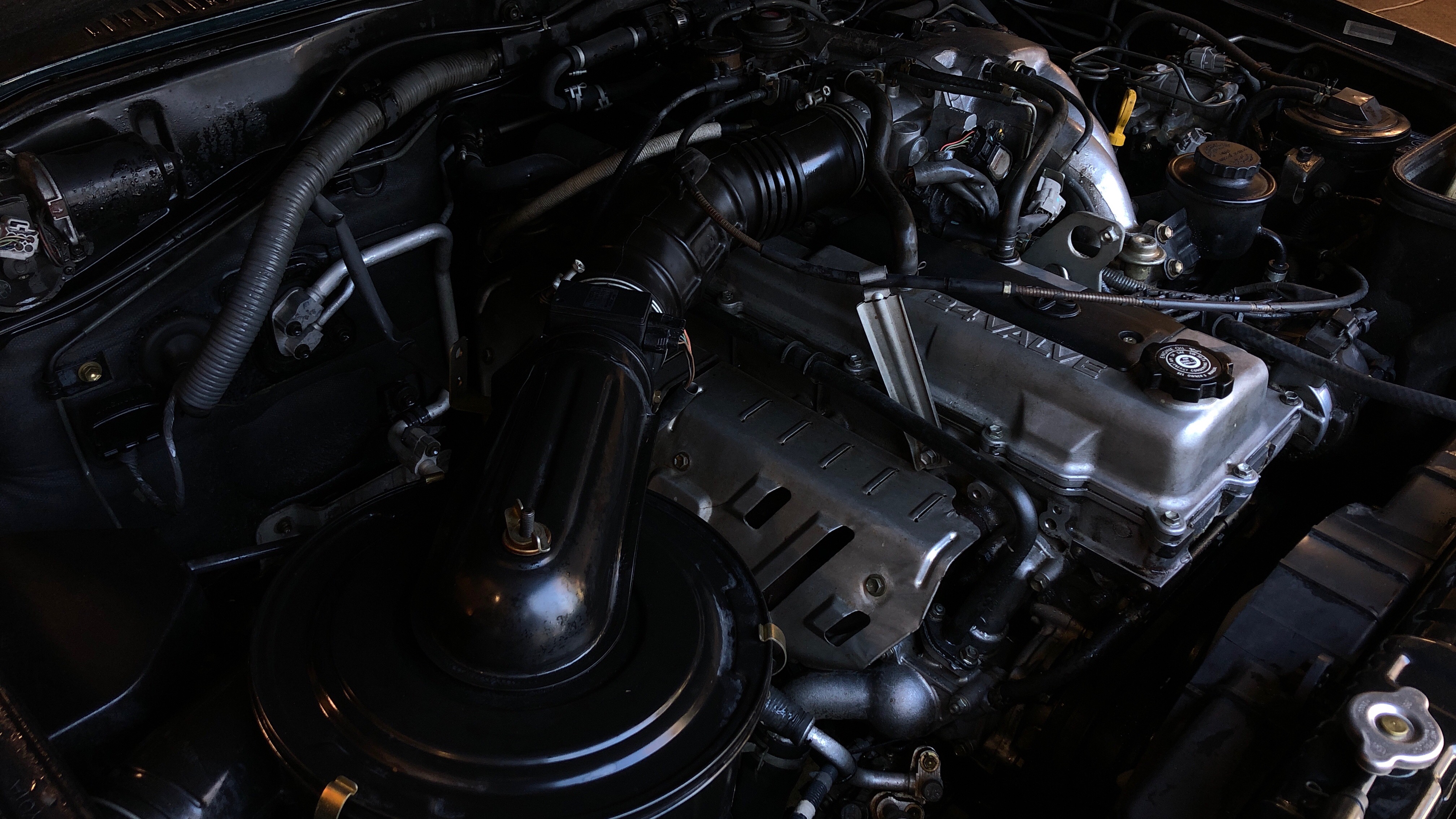 The Old Man Emu lift is comprised of heavy duty front coils with shocks, front steering dampener, rear heavy coils with shocks plus a caster kit.  A full alignment was performed after the lift was installed. With the addition of the OME Suspension lift, this FZJ80 had room for some larger tires.  Currently 285/75R-16 All-Terrain tires are installed, which have over 75% tread-life remaining and are free from cracking, dry-rot or any other imperfections. 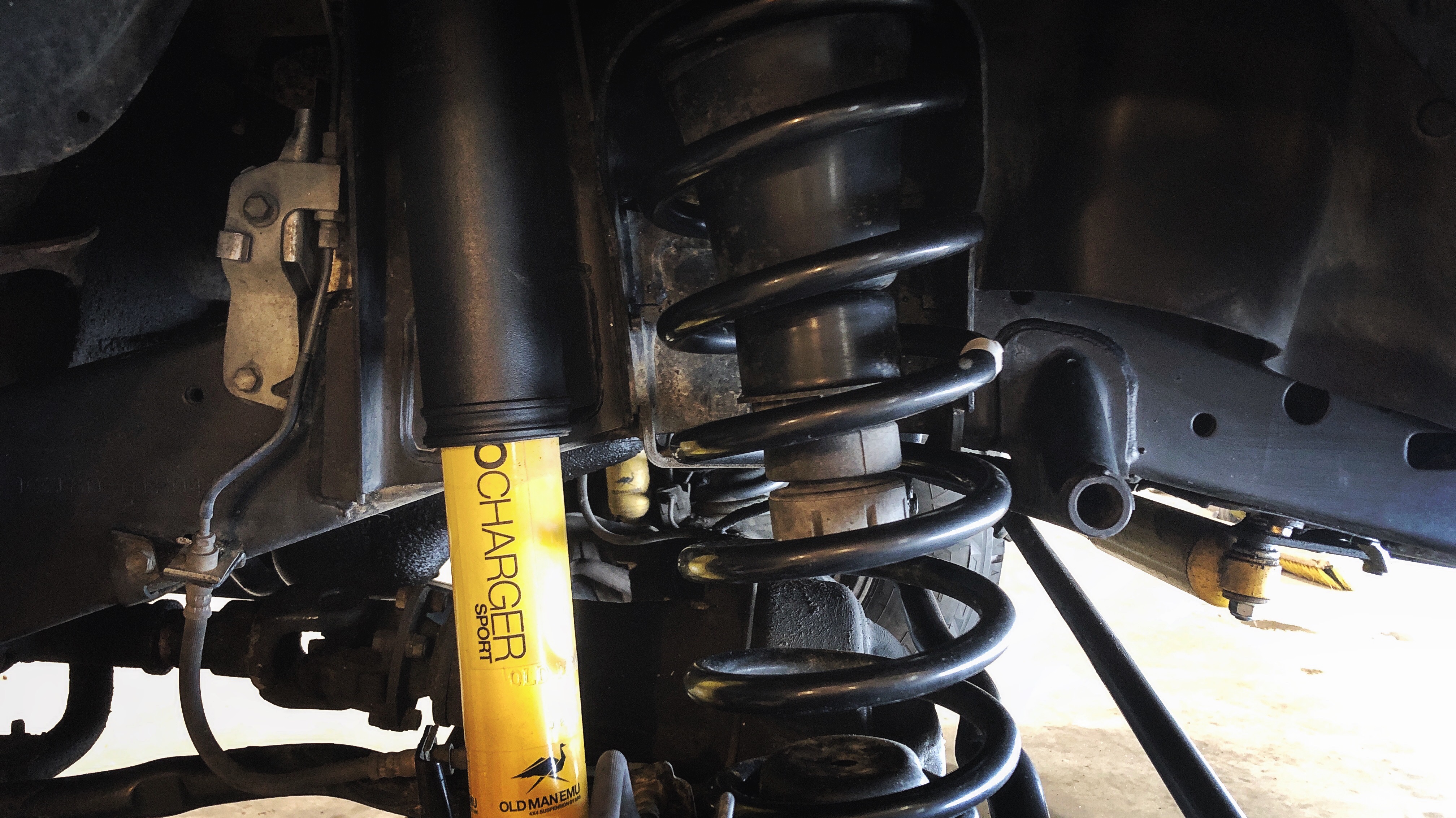 The exterior is in remarkable shape for the year.  There isn’t a spot of corrosion to be found and the clear is still intact on all surfaces.  As expected, there are rock chips, scratches and a couple dings scattered throughout the body, but nothing out of the ordinary.  The heaviest rock chips are on the lower quarter of this Land Cruiser, mainly across the rocker panels and rear, lower fender flares. 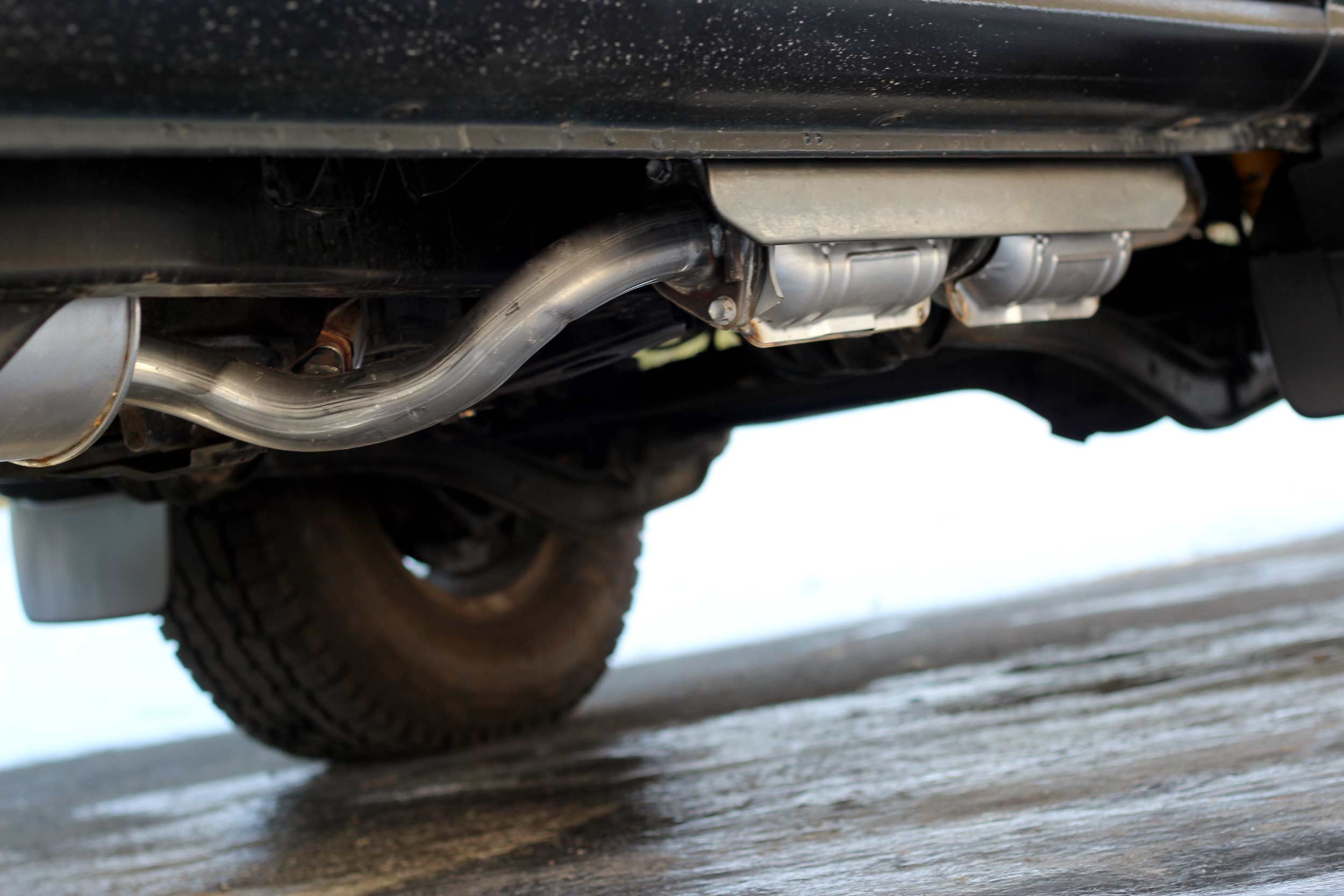 A new, OEM bug deflector was sourced and installed on the hood, which replaced one that was cracked and weathered.  A new, genuine Toyota rear emblem will also be installed to replace the cracked one on the rear, upper tailgate latch.  Currently, the one pictured is the old emblem. 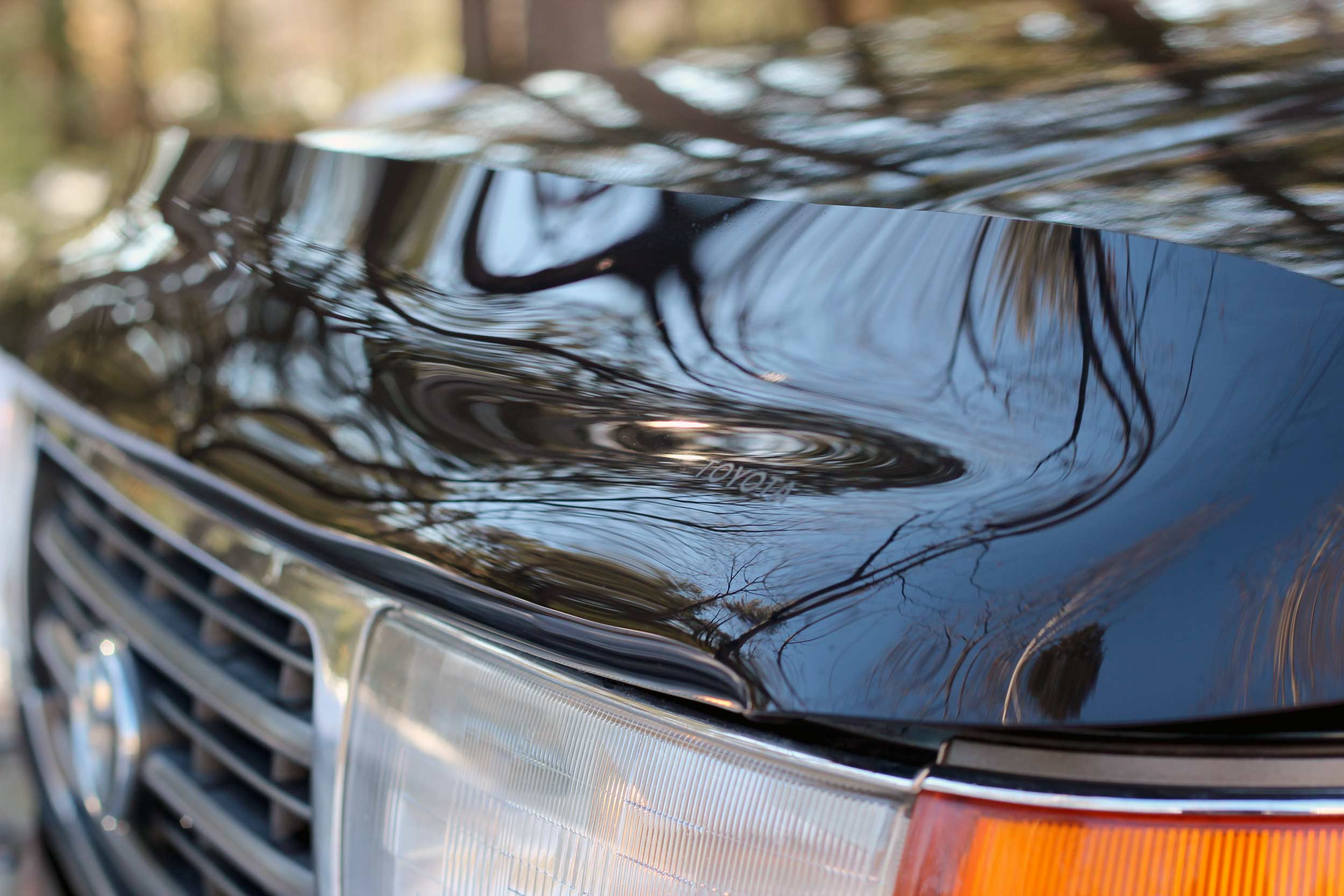 The wheels are in relatively good condition and show well.  They have been recoated with Nason wheel paint, but still have some remnants of pitting and minor imperfections.  The paint was applied in two stages and should hold up as well as the factory finish. 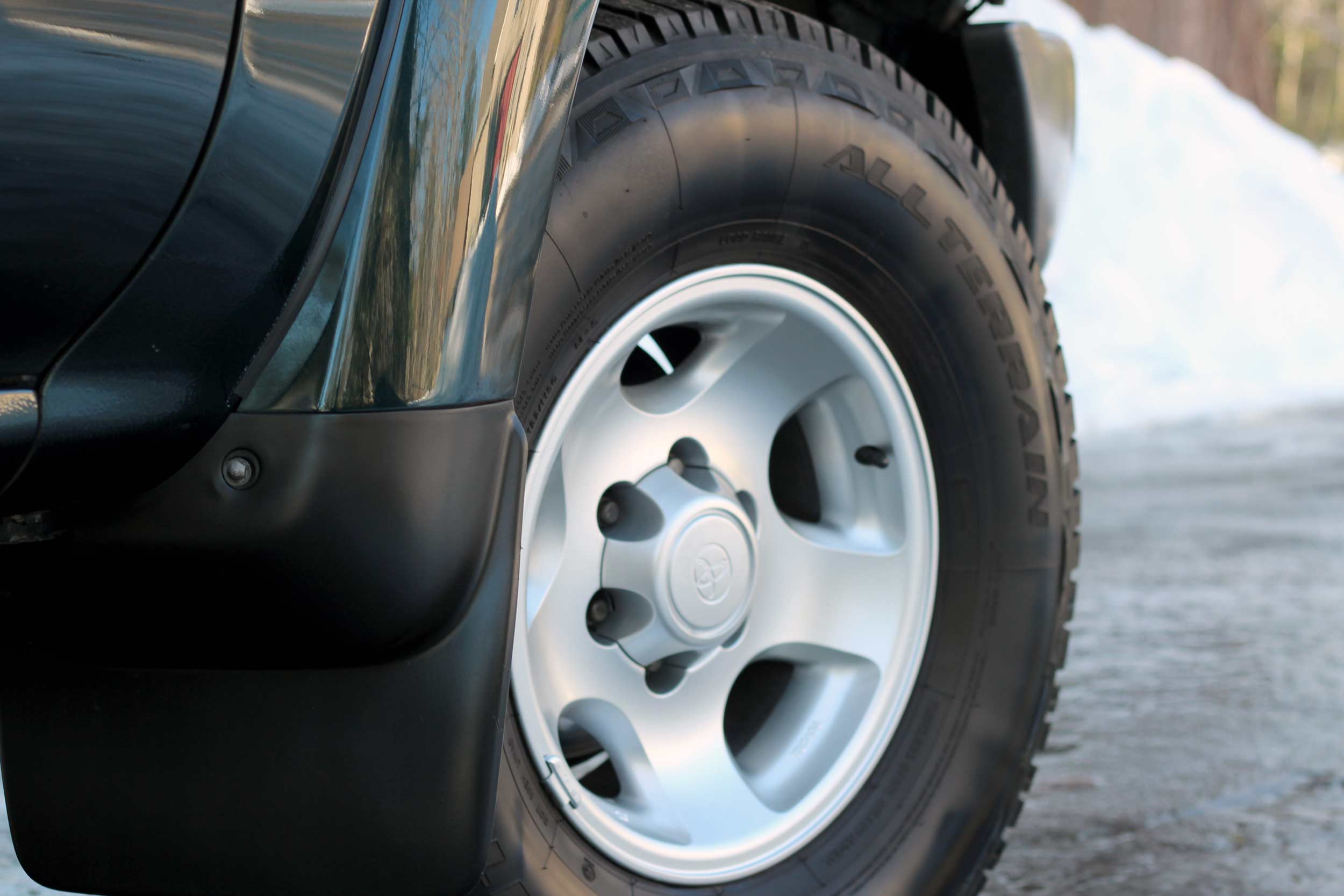 The interior of this 80 Series shows very minimal wear from other examples I’ve seen.  Both powered front buckets were reupholstered with genuine leather covers and have factory stitching that matches the original covers perfectly.  Both armrests and the center console cover were also recovered with genuine leather finishes to match the condition of the entire front row. 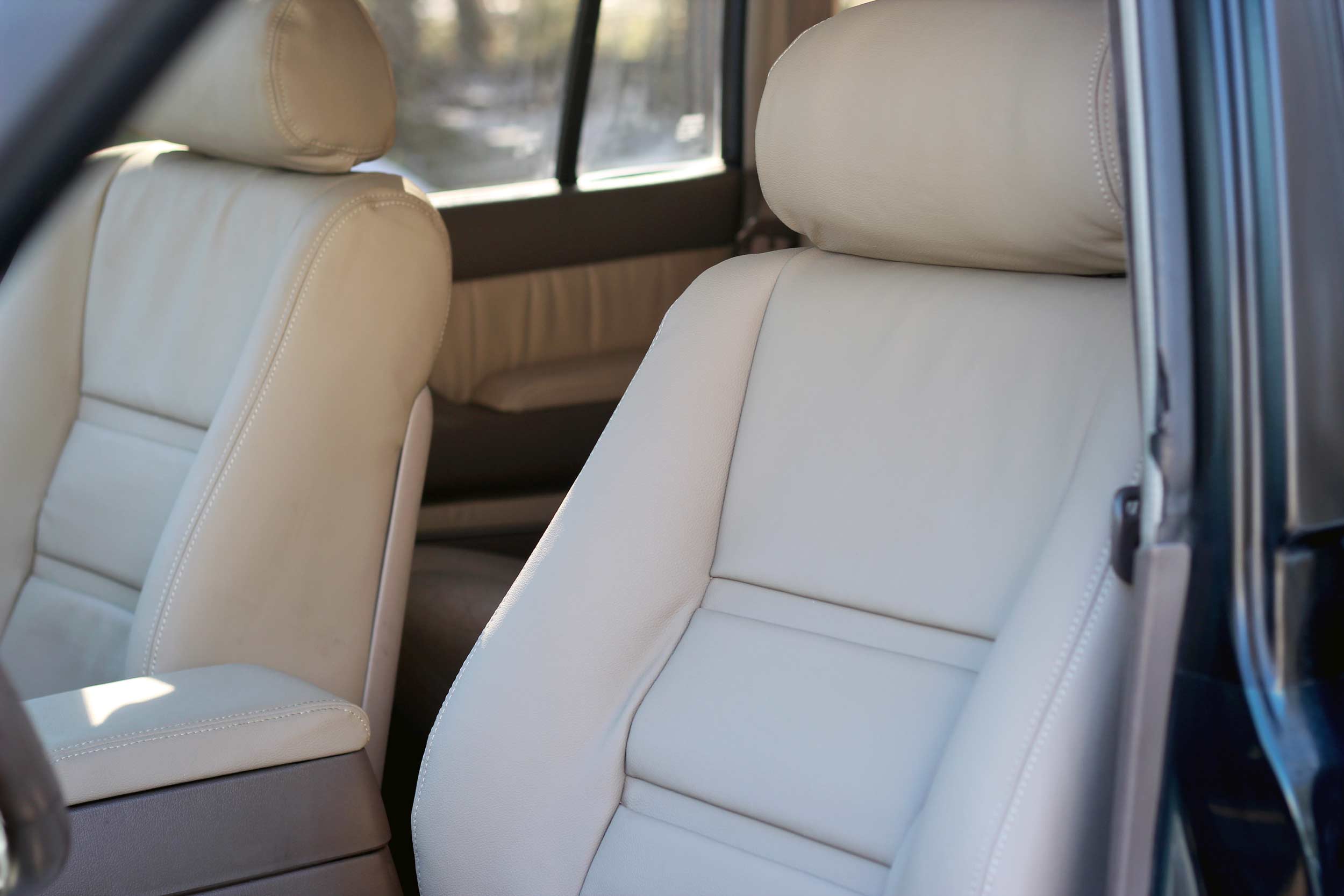 The driver’s floor mat does have wear going through the initial capreted layer, but the rubber underside it still complete.  The rest of the carpeting in the cabin is very clean and virtually stainfree. The remaining floor mats have also held up very well. 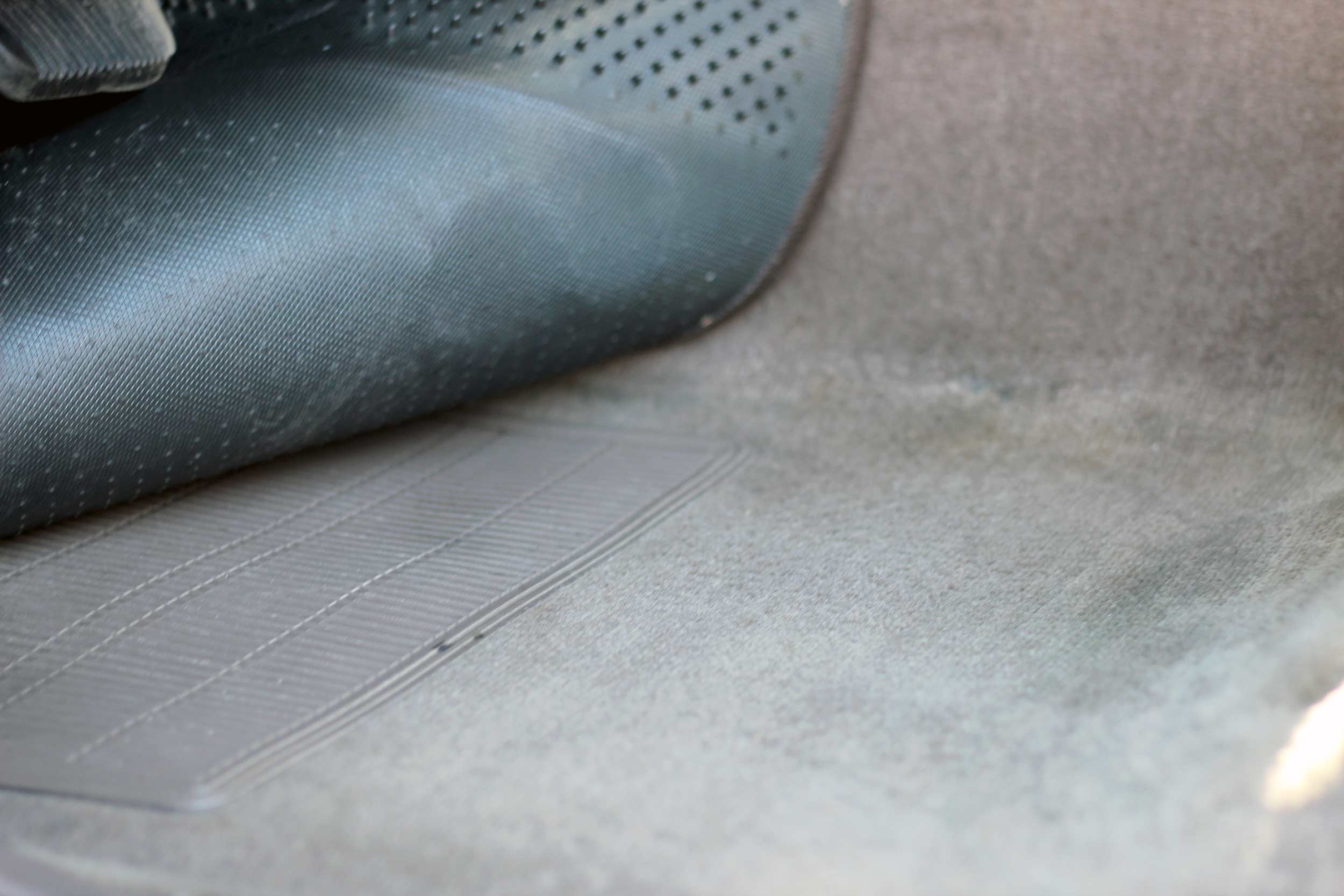 The second row of seating is still covered with the factory leather.  There are no rips or tears, but there is some cracking, mostly on the lower portions of the second row.  The flip-down third row seats are in very good condition and appear to have been used very little. 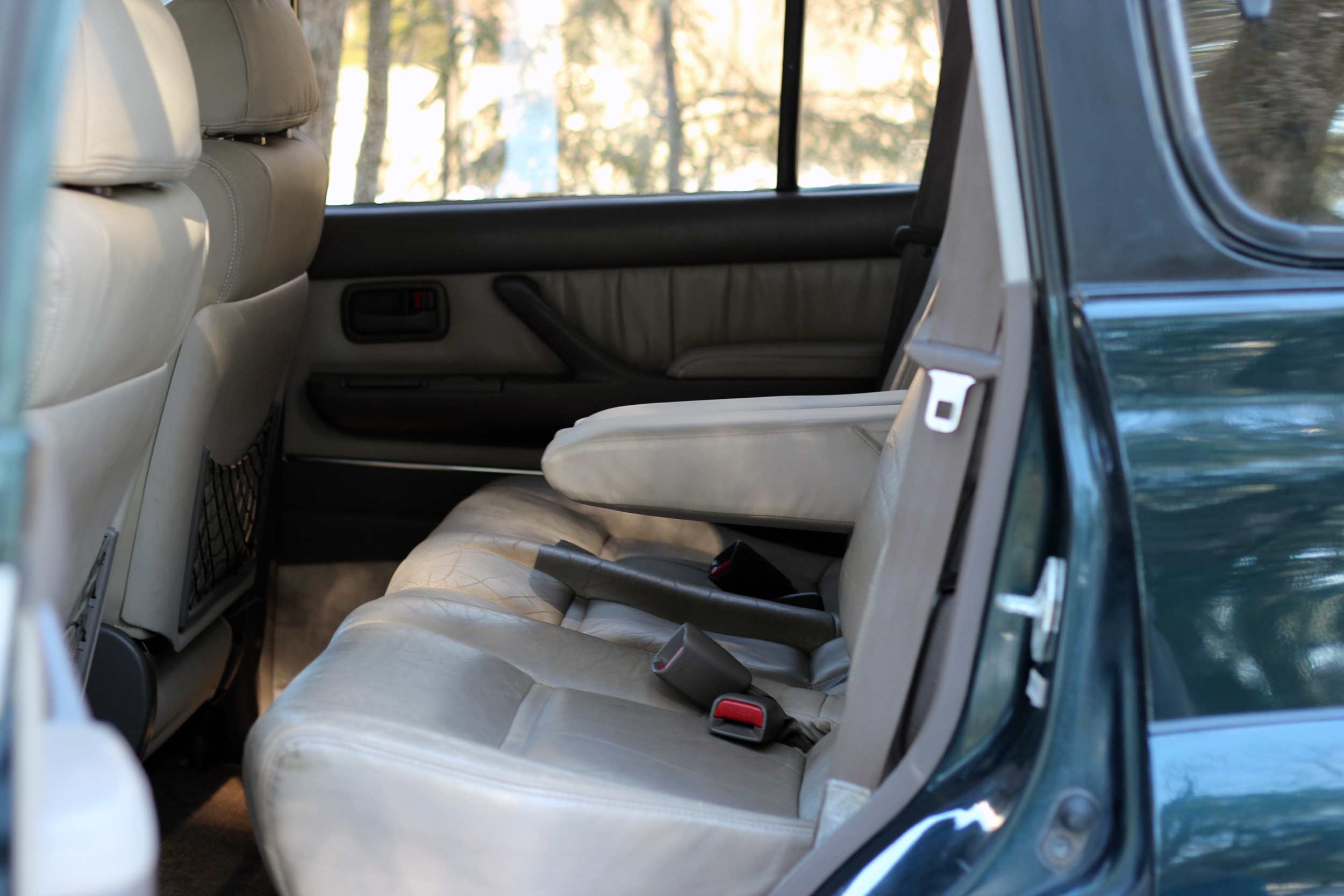 The headliner is free from staining, rips and sags as well as the moon roof slider.  There are no signs of wet-spots anyplace overhead. The dash and door panels are free from cracks and major deficiencies.  The most notable wear is at the top of the driver’s door panel where a small piece of the vinyl finish has ripped. 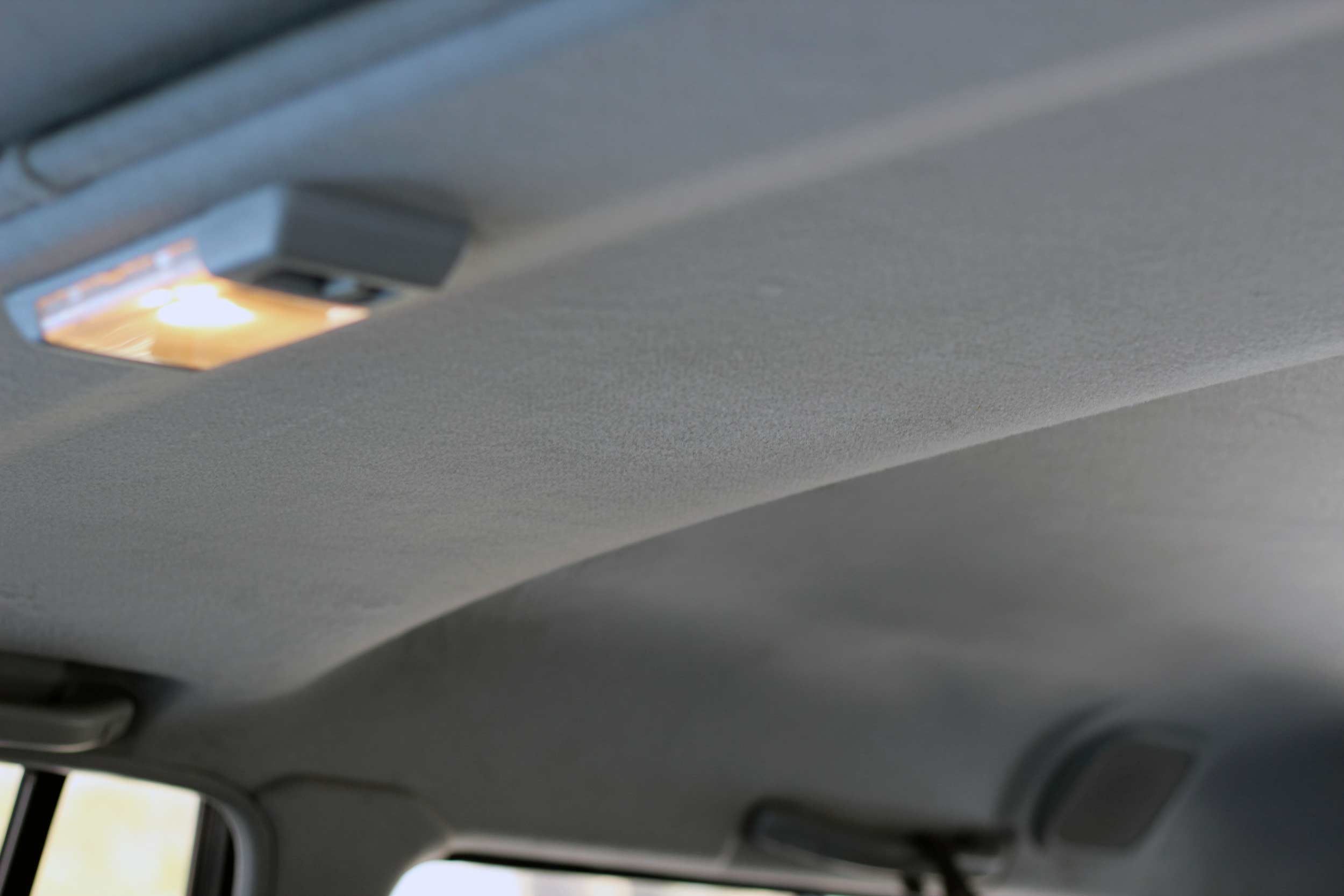 All interior electronics work including the powered front seats.  The factory radio and speakers are still installed and all functions work as they were intended.  The antenna still moves up and down, but will not retract all the way to the closed position.  The moonroof opens and closes as do all the windows. The power locks all engage and disengage and both the front and rear wipers with washers work well.  This 80 Series is also equipped with a rear heater that functions in both high and low speeds. 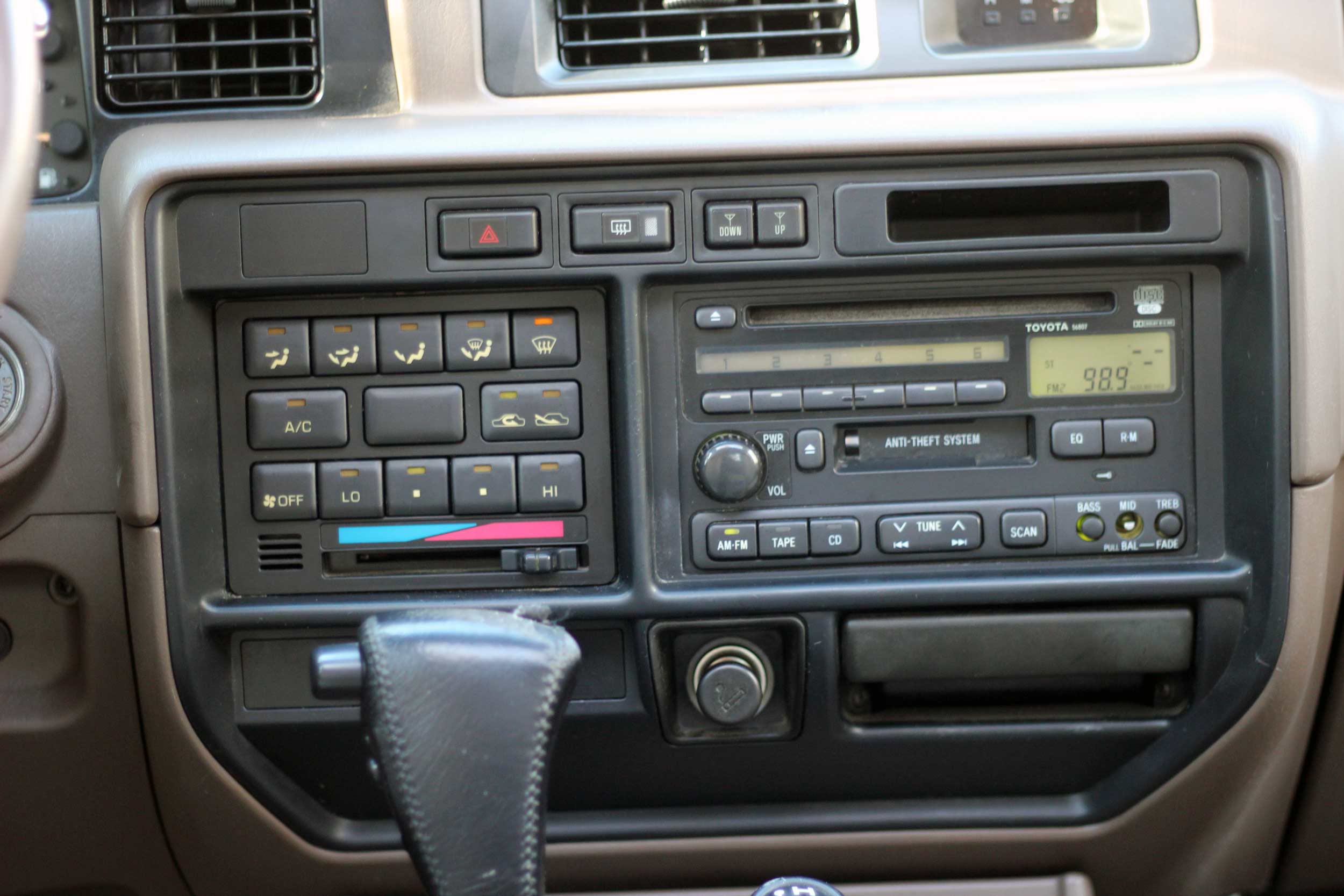 The chassis is in unbelievable condition.  All the frame rails and cross members are still covered in factory paint.  The transmission and transfer case are free from leaks and both engage in all gears with ease.  The spare tire mechanism works perfectly with no hang-ups. The underside of the engine is relatively clean with some oil residue around the rear main seal.  Since I’ve owned it, I have not noticed any significant oil loss from leaking or burning. There is no blow-by whatsoever and no cooling issues. 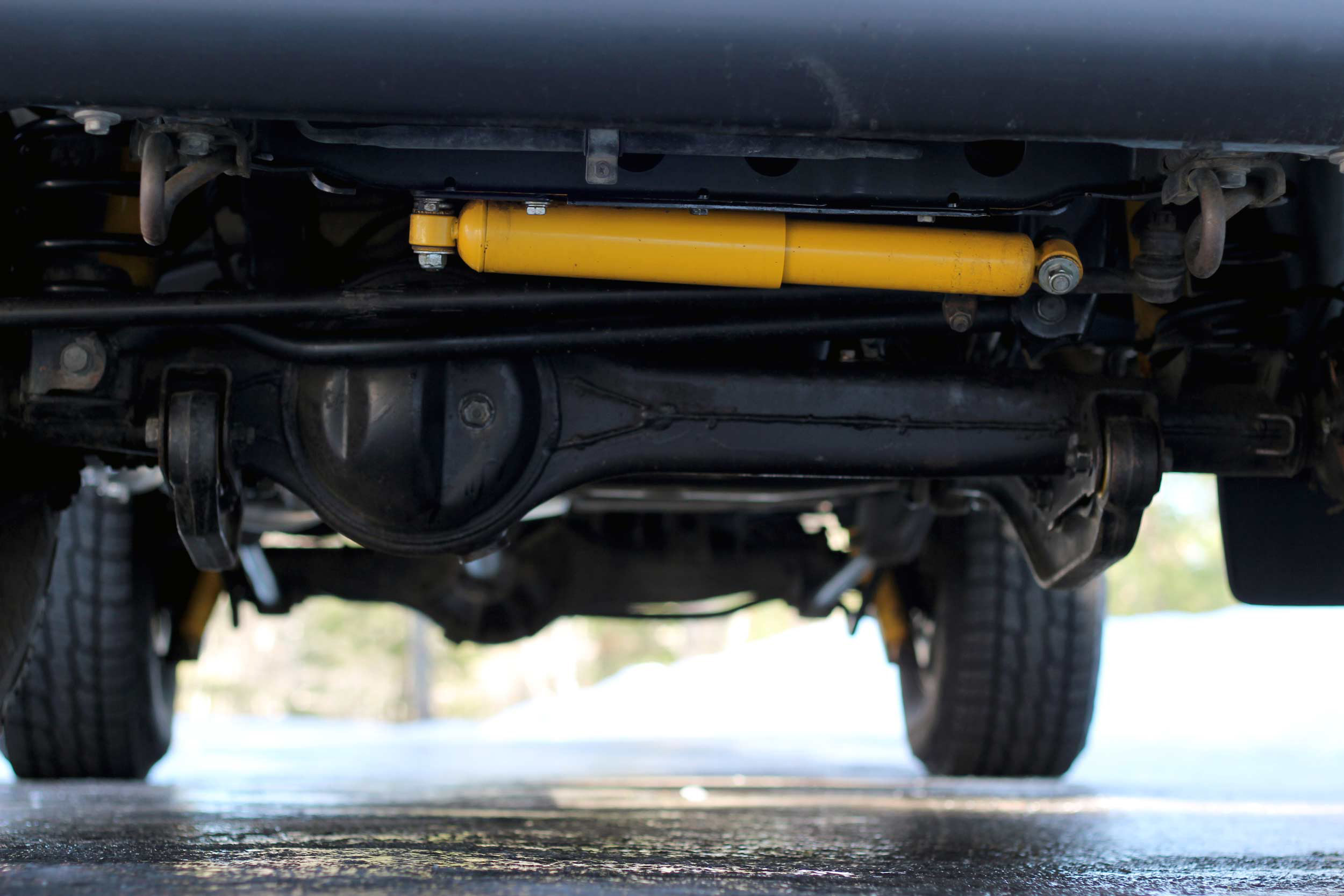 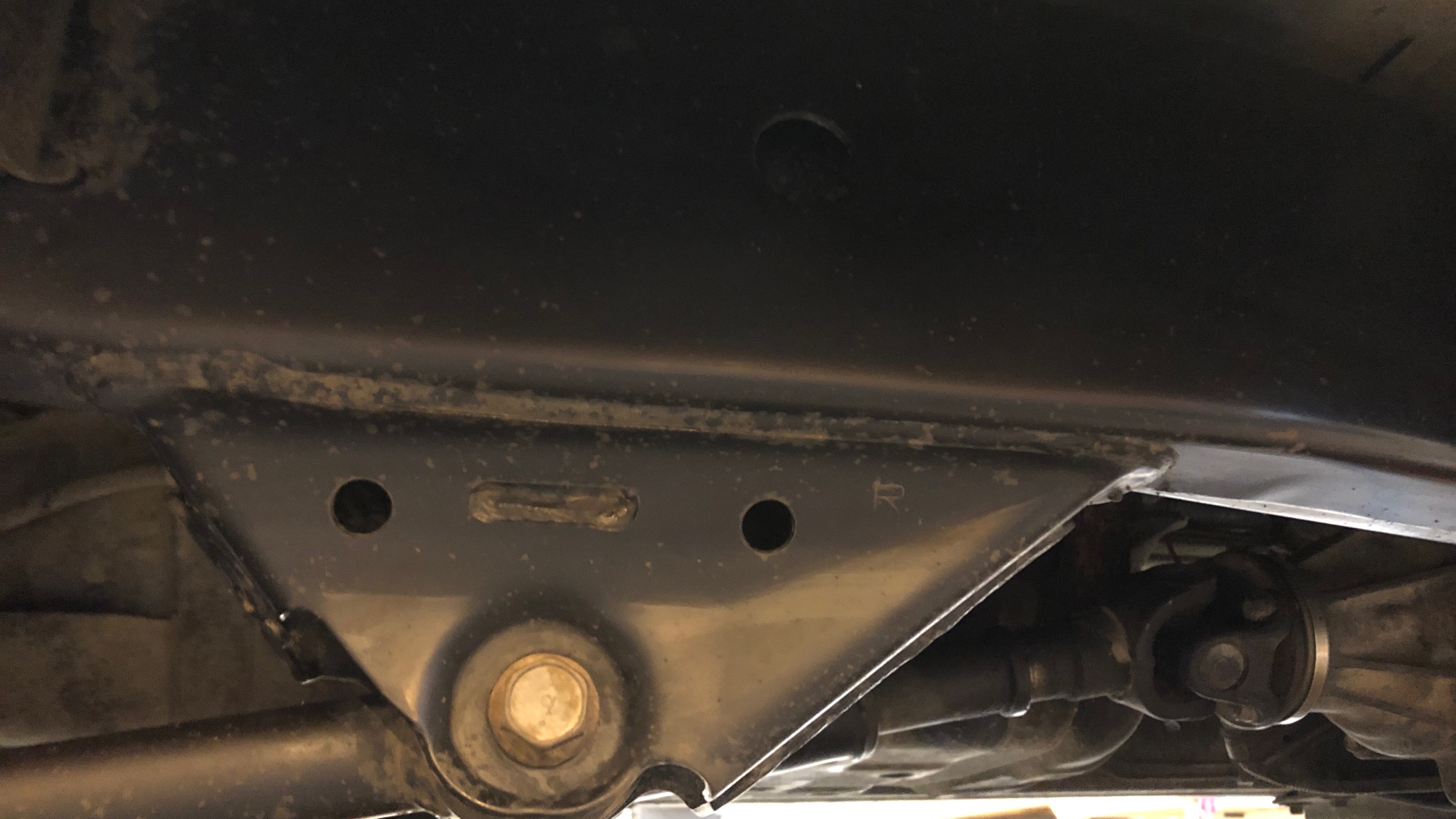 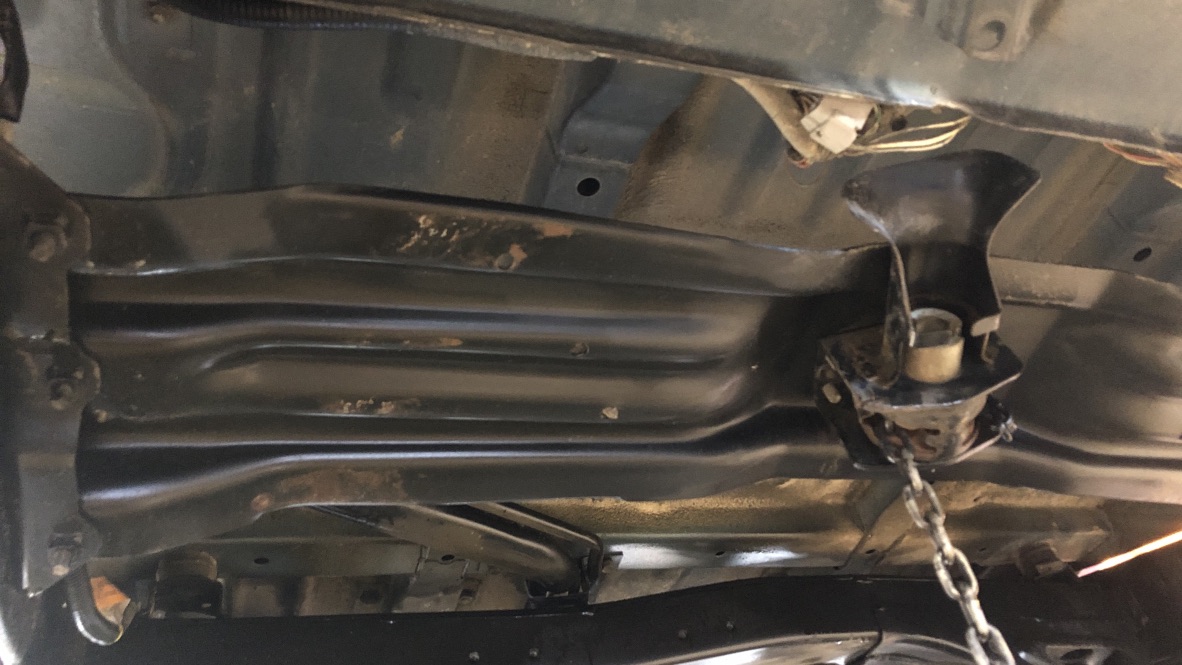 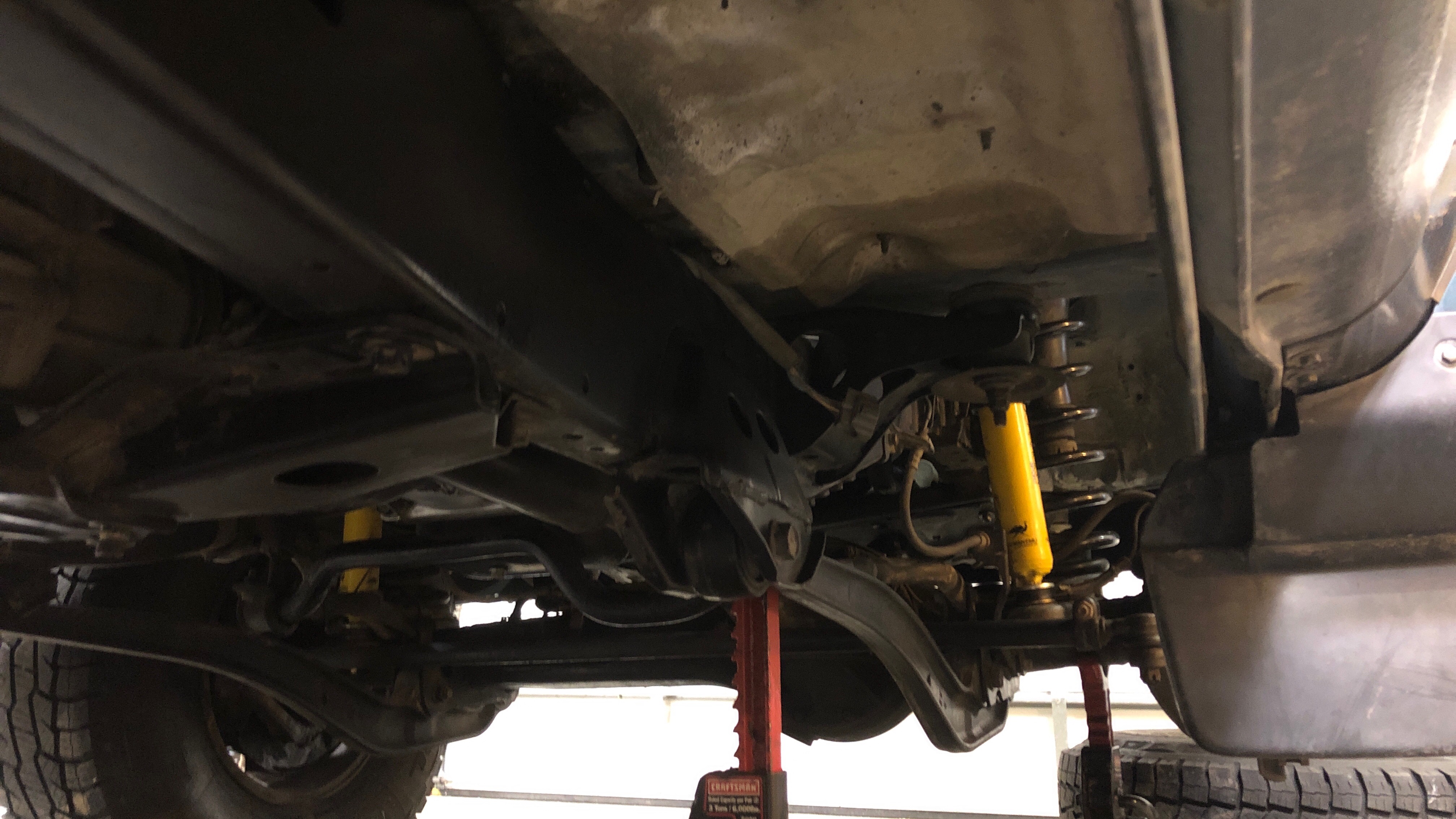 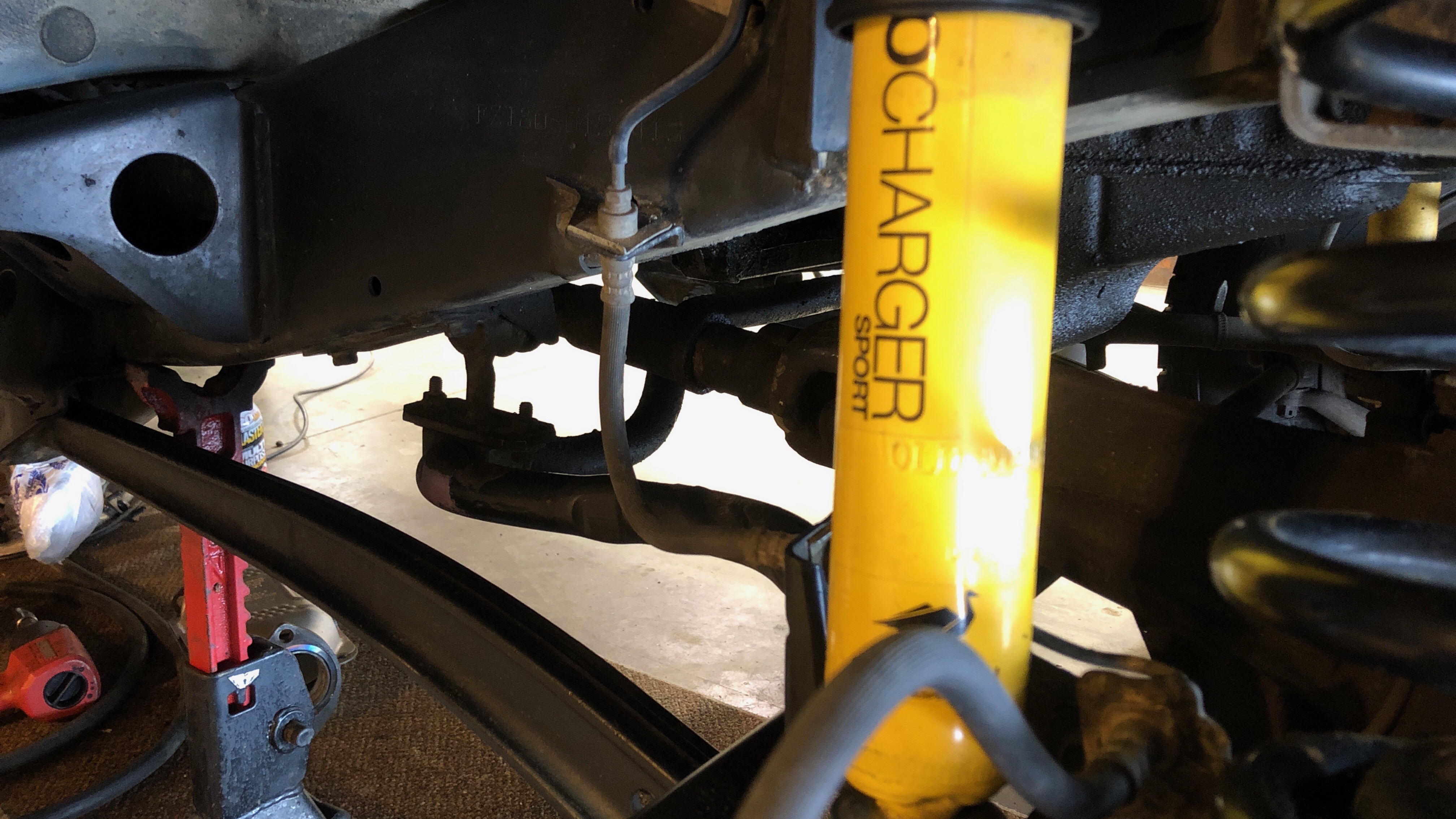 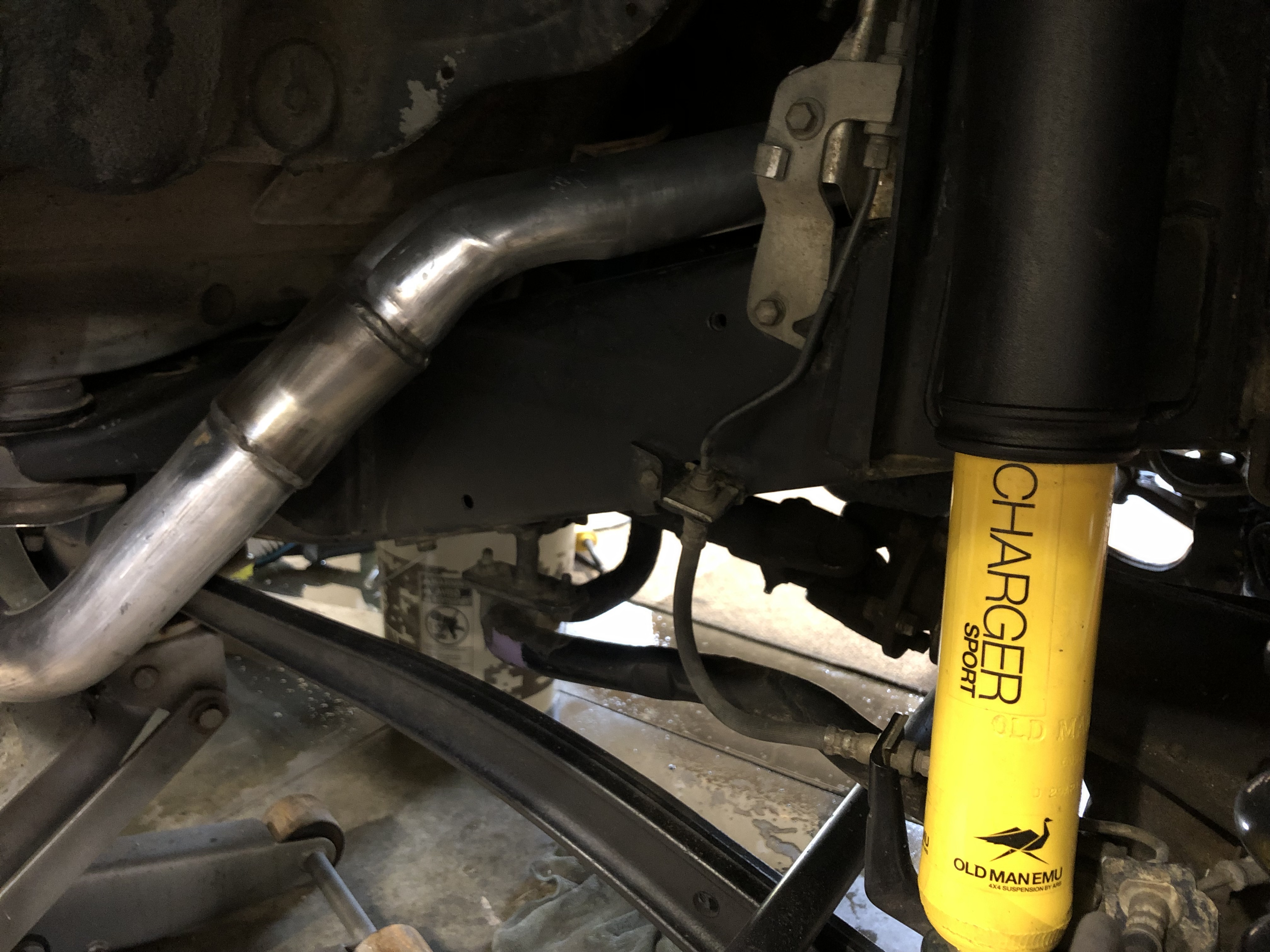 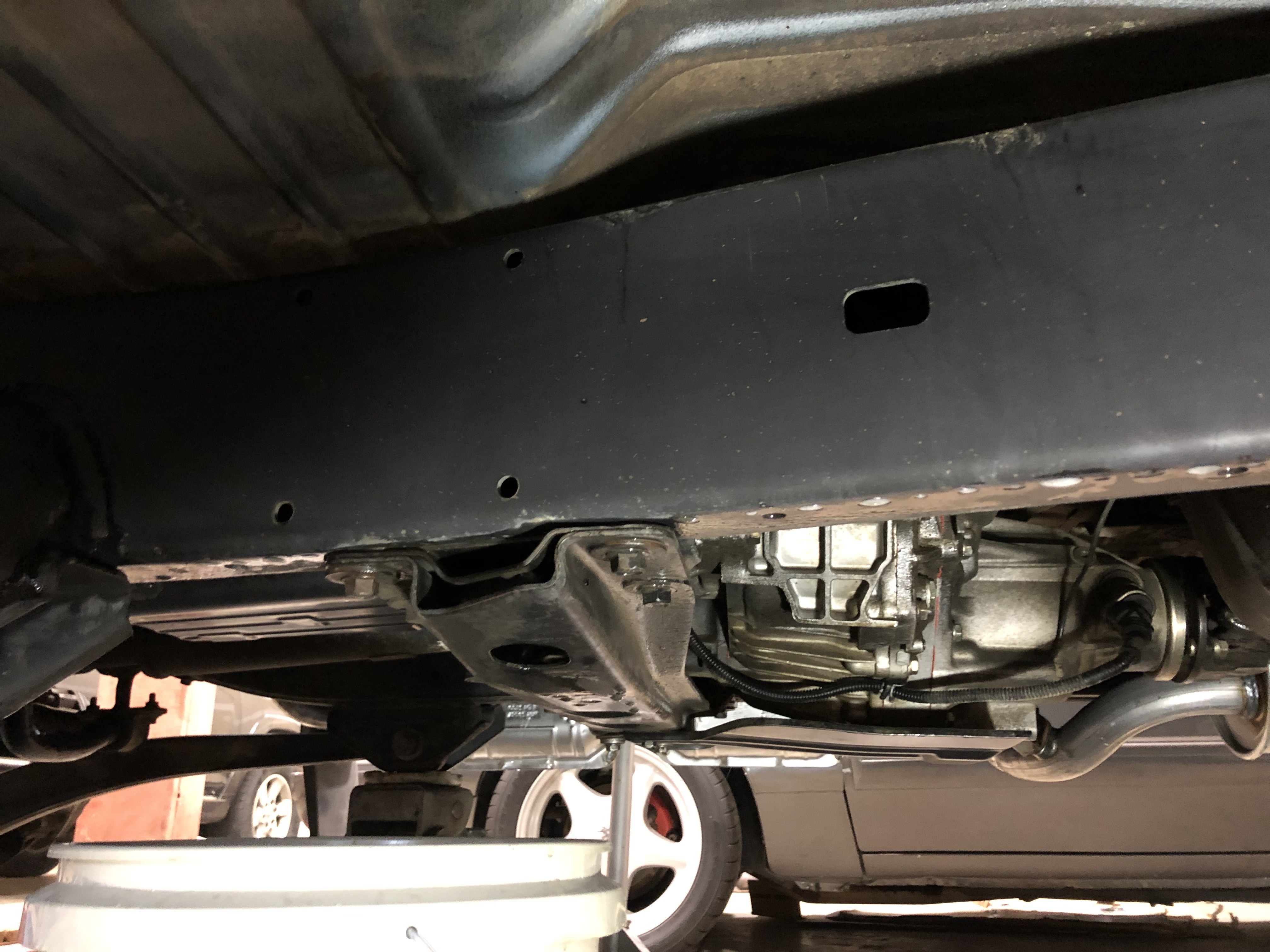 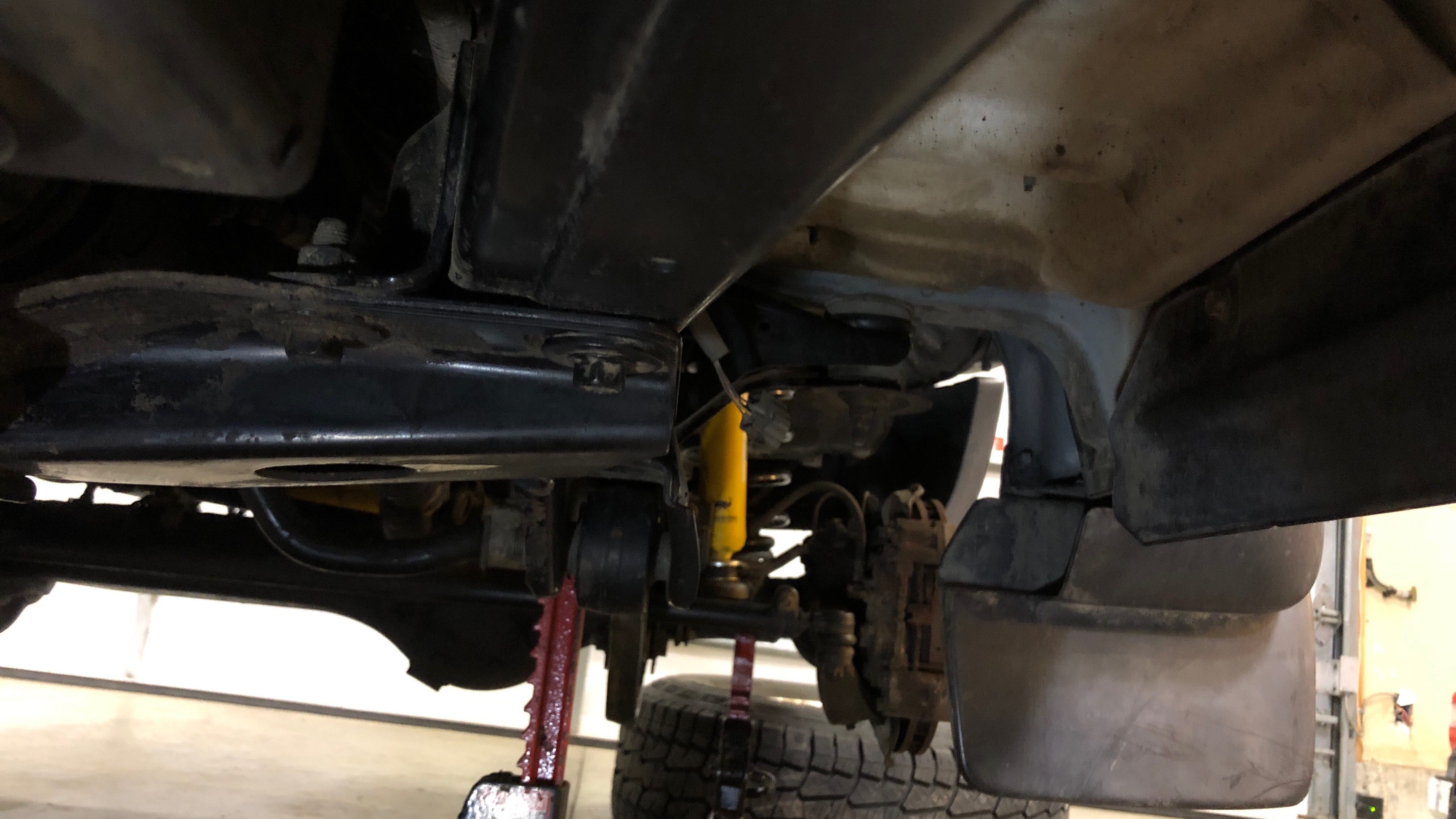 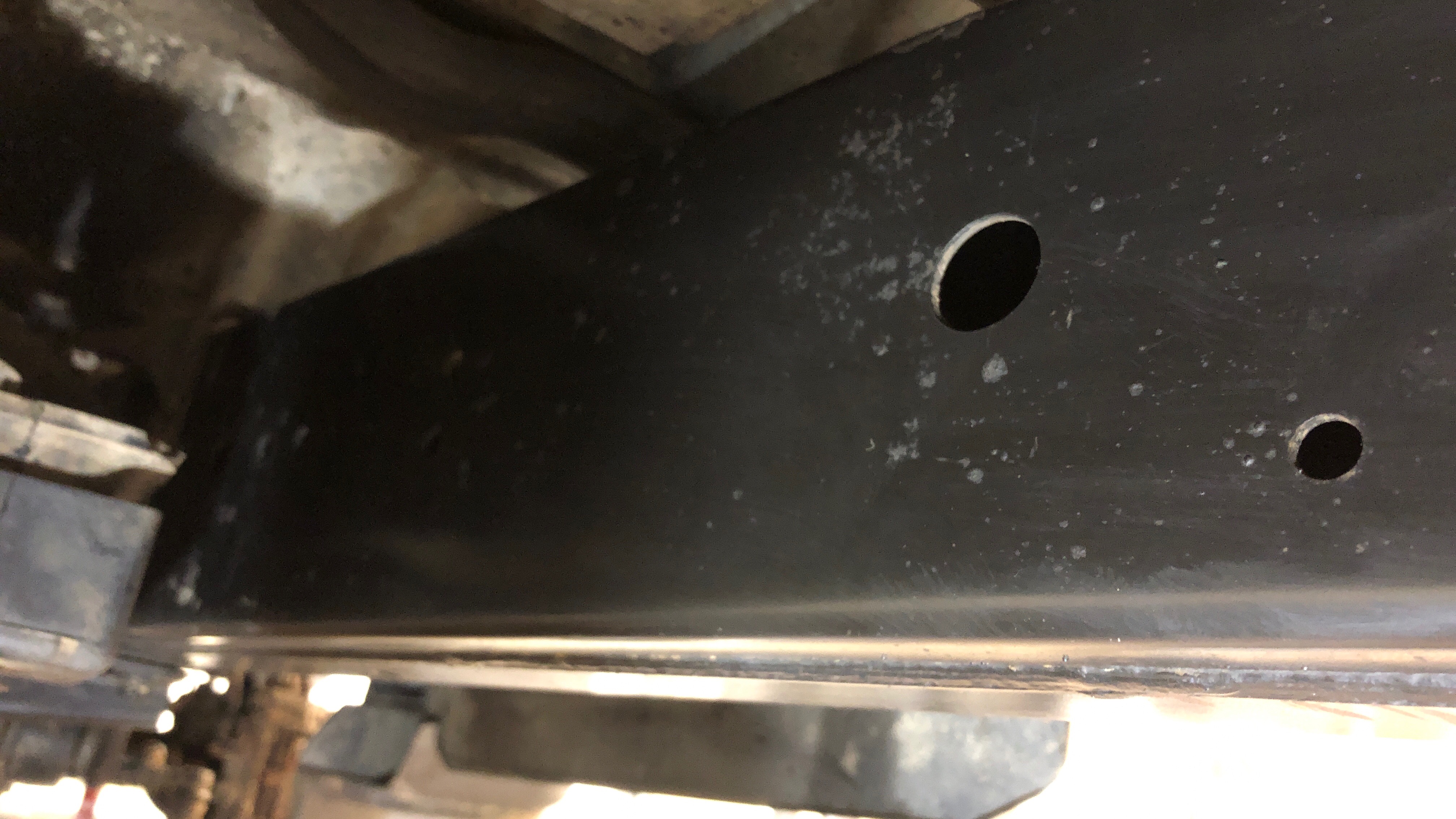 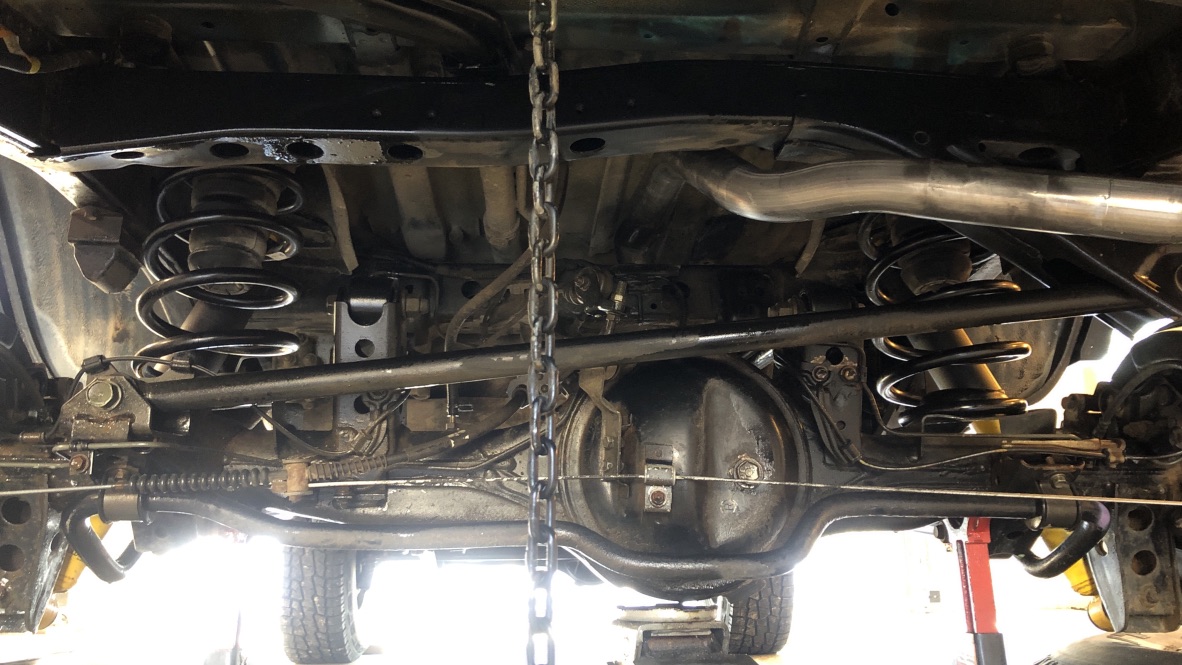 In the last 200 miles, the following maintenance and repairs have been completed:

In the last 7000 miles, the following maintenance and repairs have been completed:

The factory service manual and literature is included with the vehicle.  Two keys and full tool set with jack are also present. 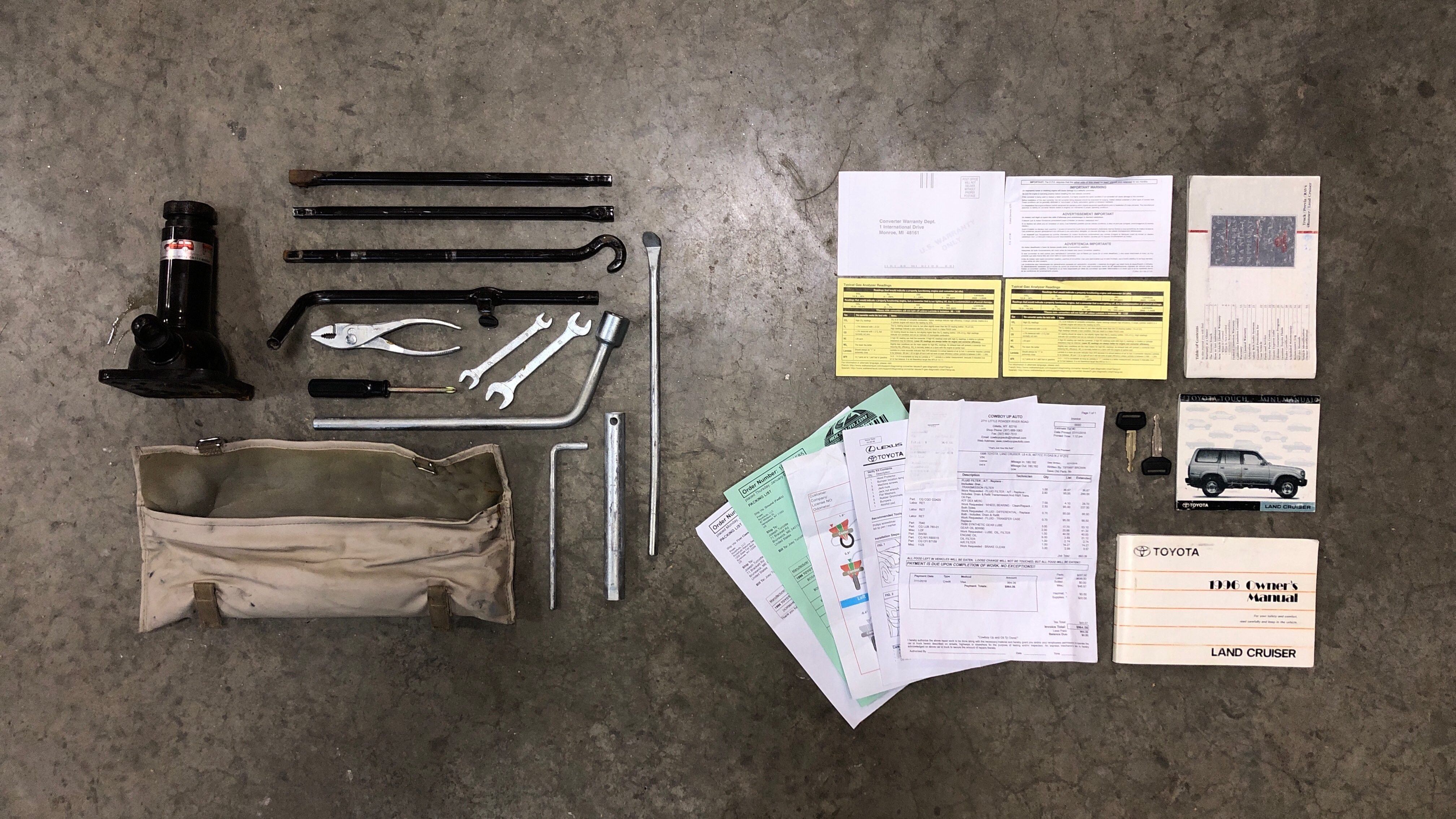 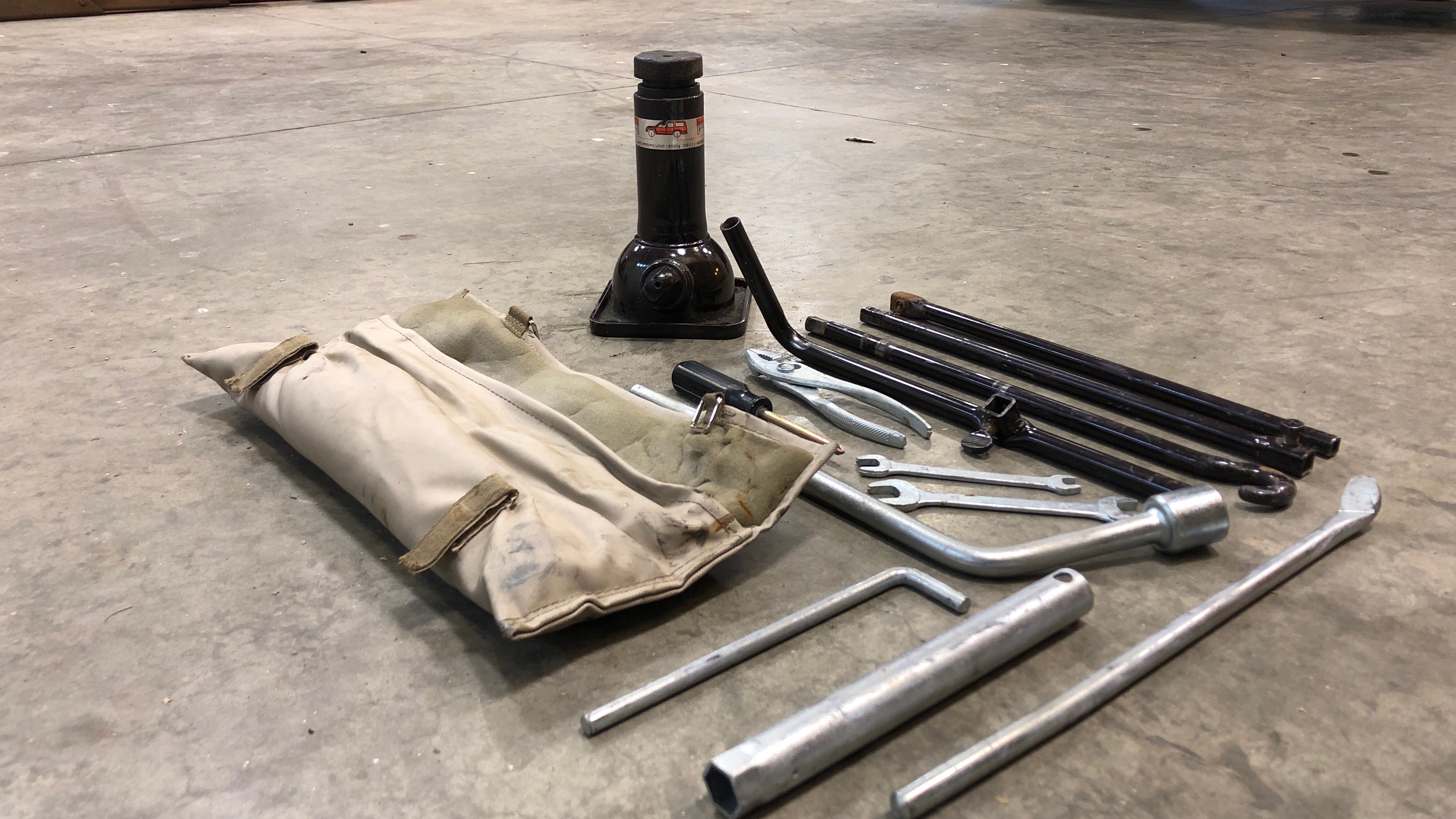 You can find our live auction on eBay, here.