The year 1997 marked the end of Toyota’s 80 Series Land Cruiser.

This series had juxtaposing characteristics being an unstoppable, utilitarian beast as well as a nimble, modernly attractive and equipped family friendly four-wheel drive.  It, like its predecessors, exhibited new styling while maintaining Toyota’s bulletproof Land Cruiser brand. Out of the box, the 80 Series was one of the most capable four-wheel-drives on the market. 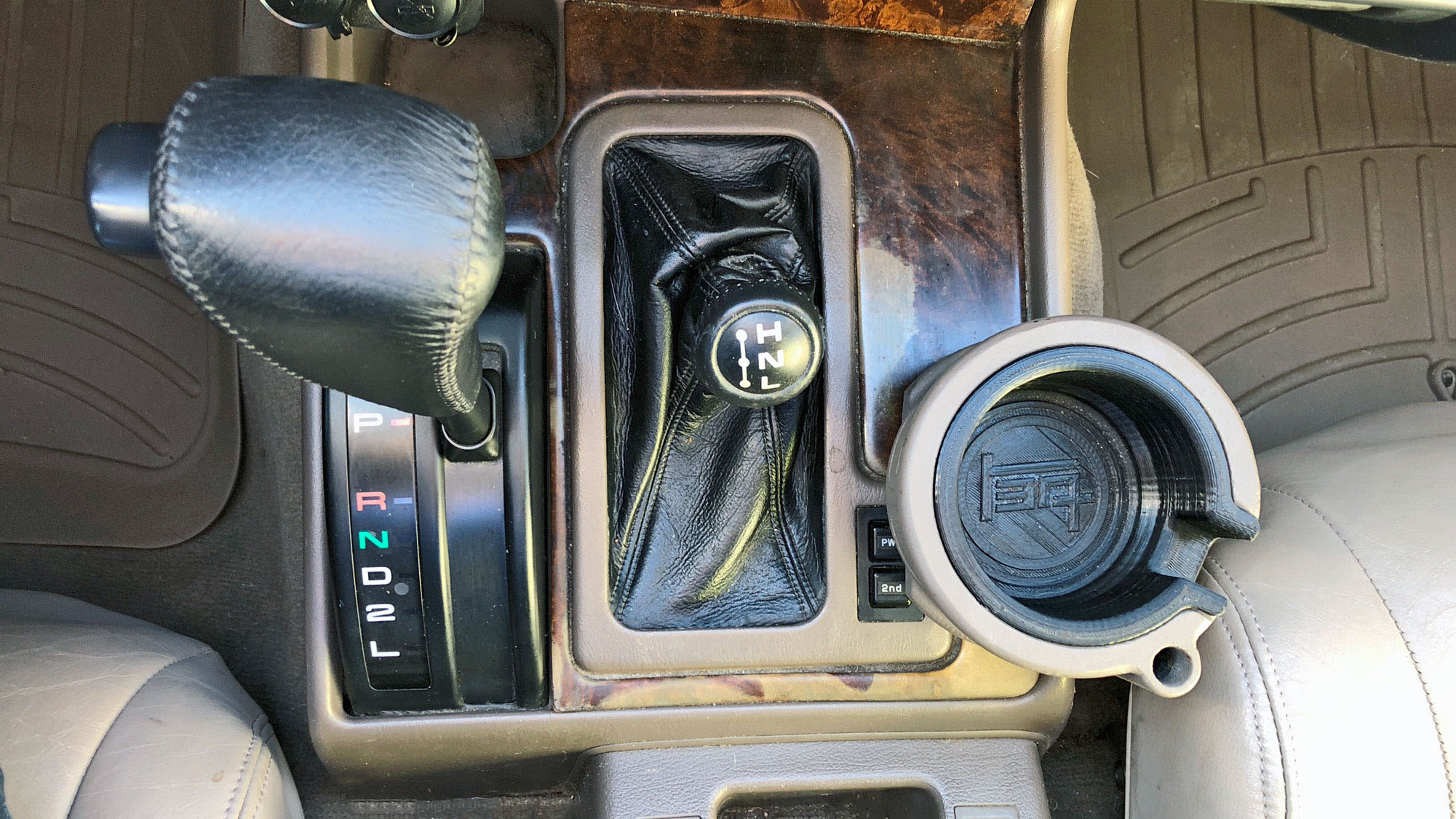 To mark the end of this particular series, Toyota created the Collector Series with black pearl badging.  This example wears those badges well. This FZJ80 gets its power from Toyota’s inline 6 cylinder 212 horsepower 1FZ-FE engine backed by a 4 speed automatic transmission.  Power is transferred to both the front and rear wheels by an automatic transfer case with center differential lock in both high and low range. 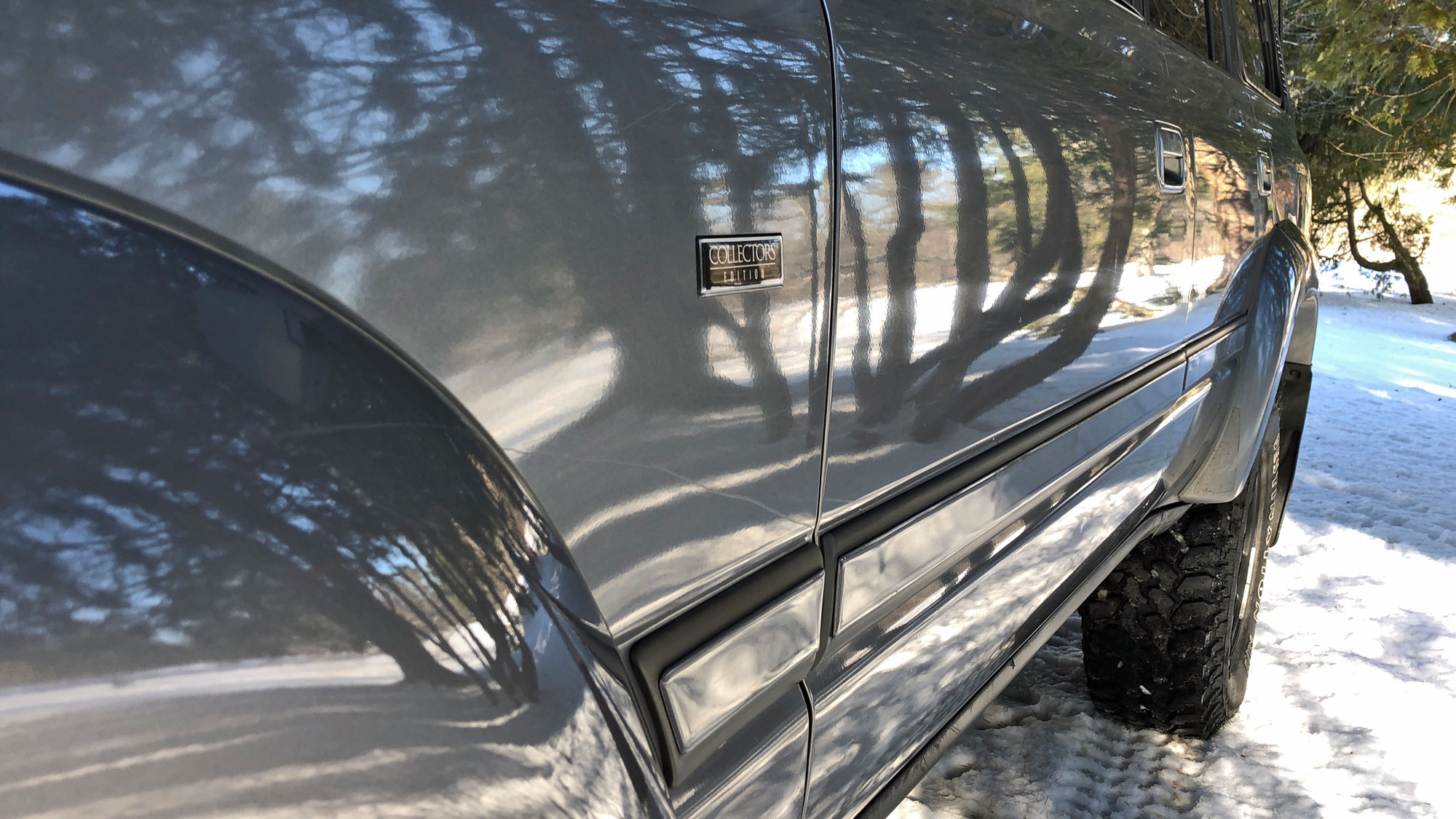 This Land Cruiser originated in California and was purchased near the end of 1997.  It remained on the West Coast until 2000 where it then moved to Florida and lived until 2004.  At that point, it became a New England Land Cruiser driving the roads in Massachusetts and New York through 2011 and from then on it was officially in Vacationland and owned by Chris Parry, Certified Master Toyota Mechanic and owner of Parry Motors. 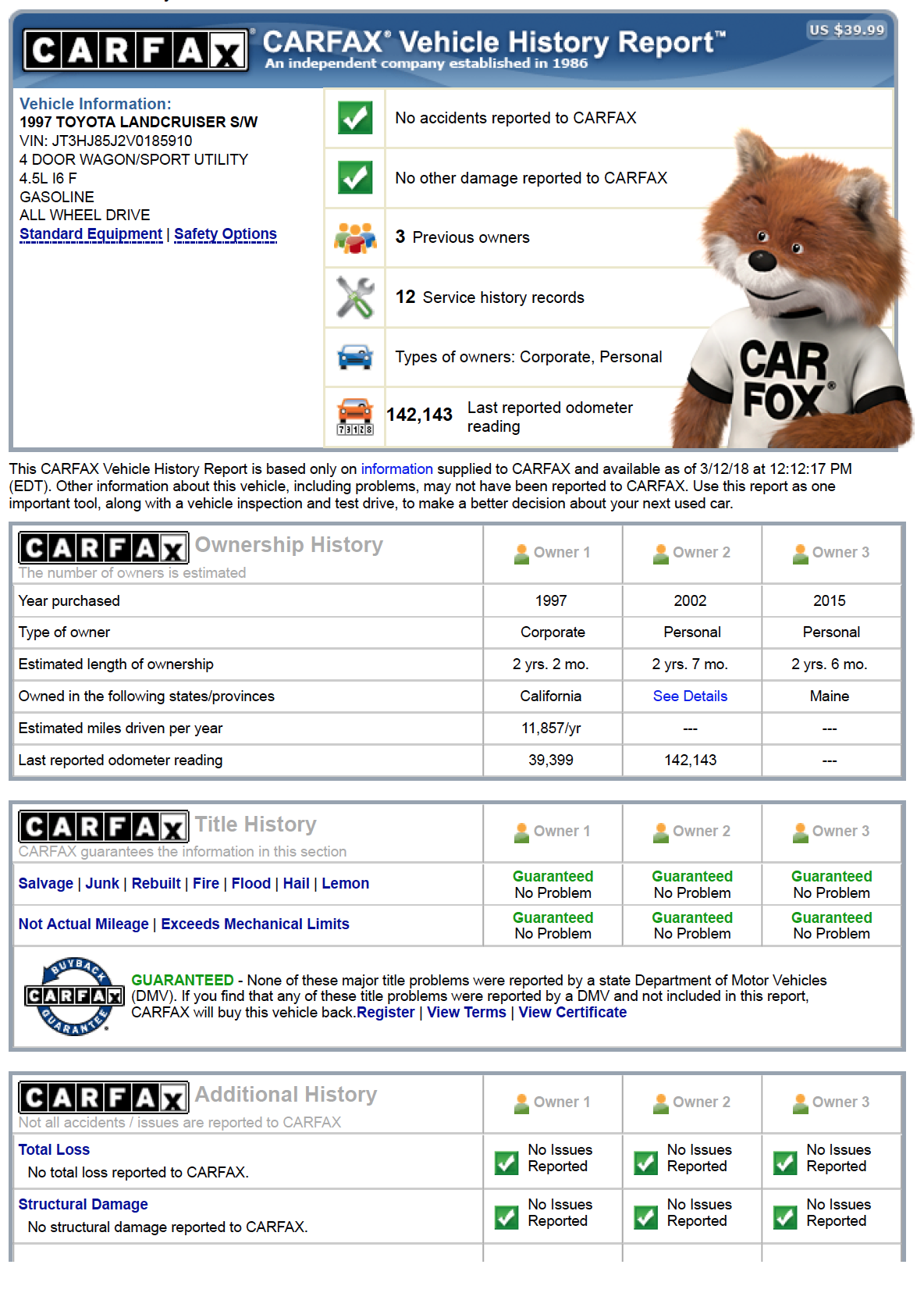 To increase the stock stance and off-road performance, a 3-inch Old Man Emu lift kit was installed and is comprised of the following:

Not only does this kit increase ground clearance and trail capability, it also creates a better on-road driving experience reducing the rigidity of stock suspension. 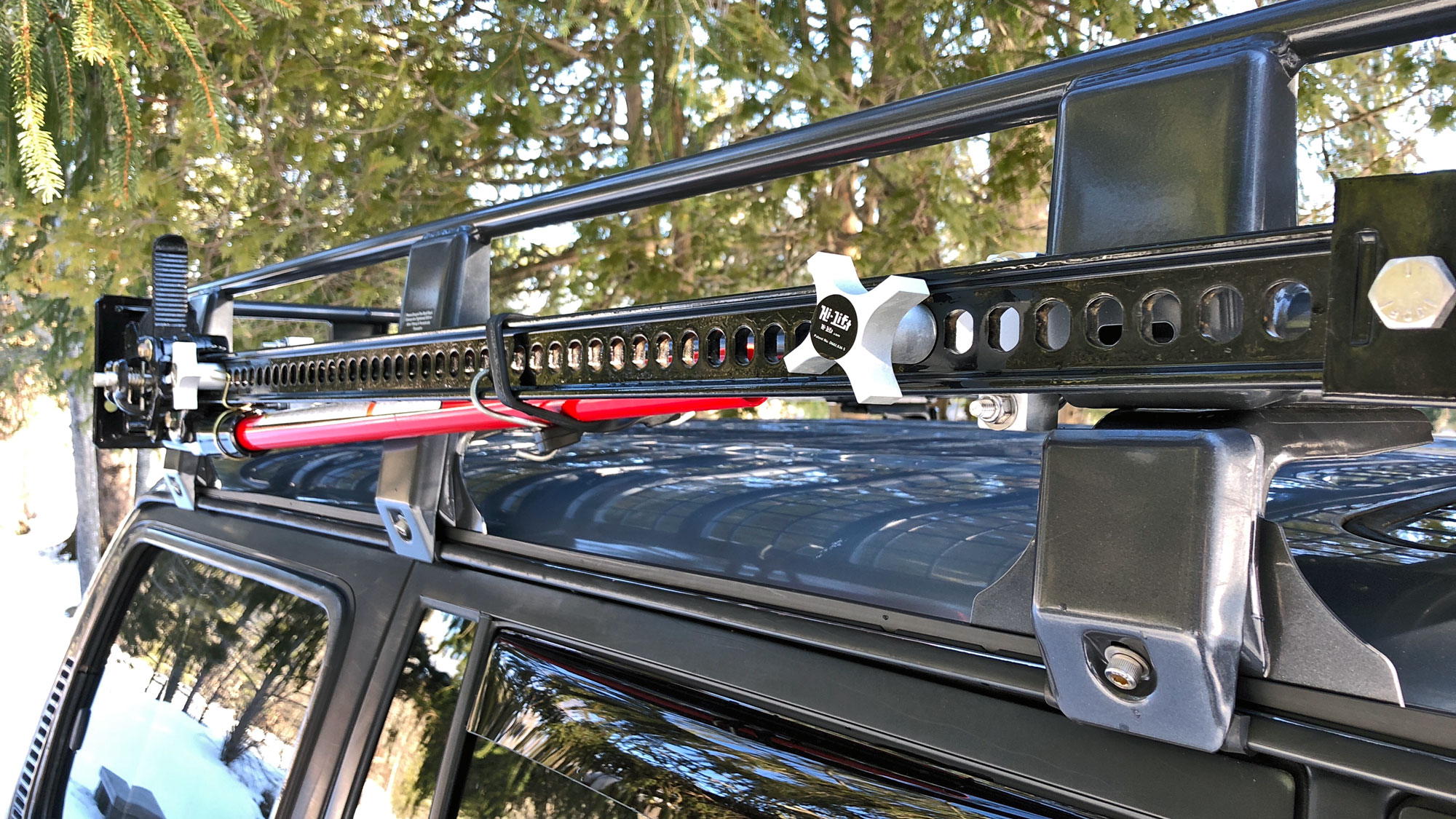 As detailed in the photos there are some small dings and scratches on the exterior of this FZJ80.  The most notable imperfections on the exterior is a dent on the rear, passenger side pillar, a section of rust at the bottom of the driver’s side rear door and a cracked passenger side lower mirror.  The mirror is still functional and adjusts to all positions with ease. There are also some scratches on the rear bumper and a shallow dent under the driver’s side mirror. The Moonglow Pearl finish still shines well with no signs of peeling or bubbling rust.  All original trim, emblems, mud flaps and flares are still intact. 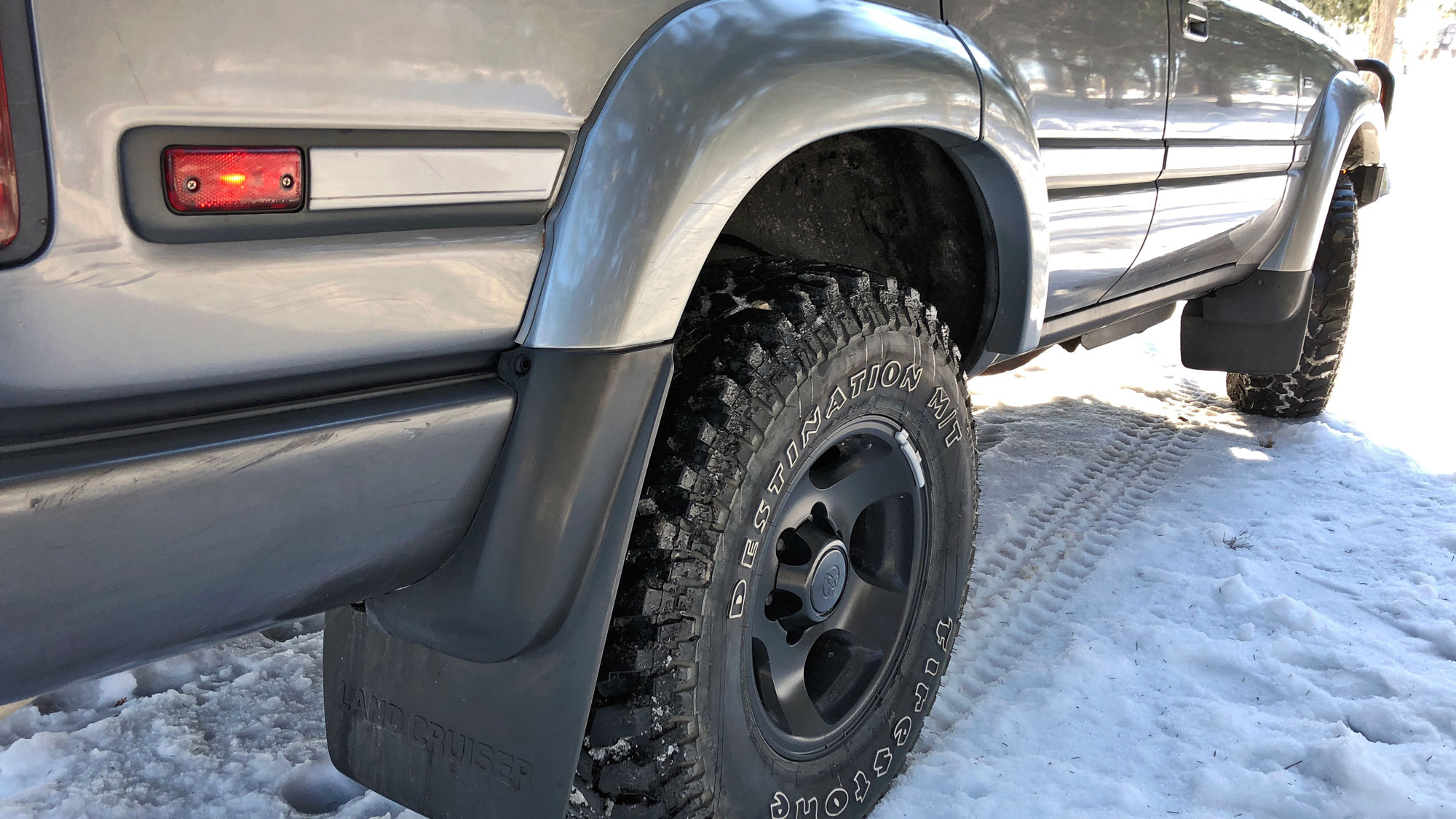 Interior finishes are also still intact and remain in good condition.  The dash pad is free from cracks and all panels are original to the Land Cruiser.  There are some sections of wear, which includes the faux wood grain veneer surrounding the driver’s door controls and some decay around the climate control.  The driver’s seat also has some cracking and worn sections in the leather upholstery. Slight staining can be found at the lower quarters of the door panels but nothing out of the ordinary.  There is a small tear at the bottom of the left, rear door panel. WeatherTech floor mats protect stock carpeting in all sections of the cabin. Third row seating is also still installed and functions properly. 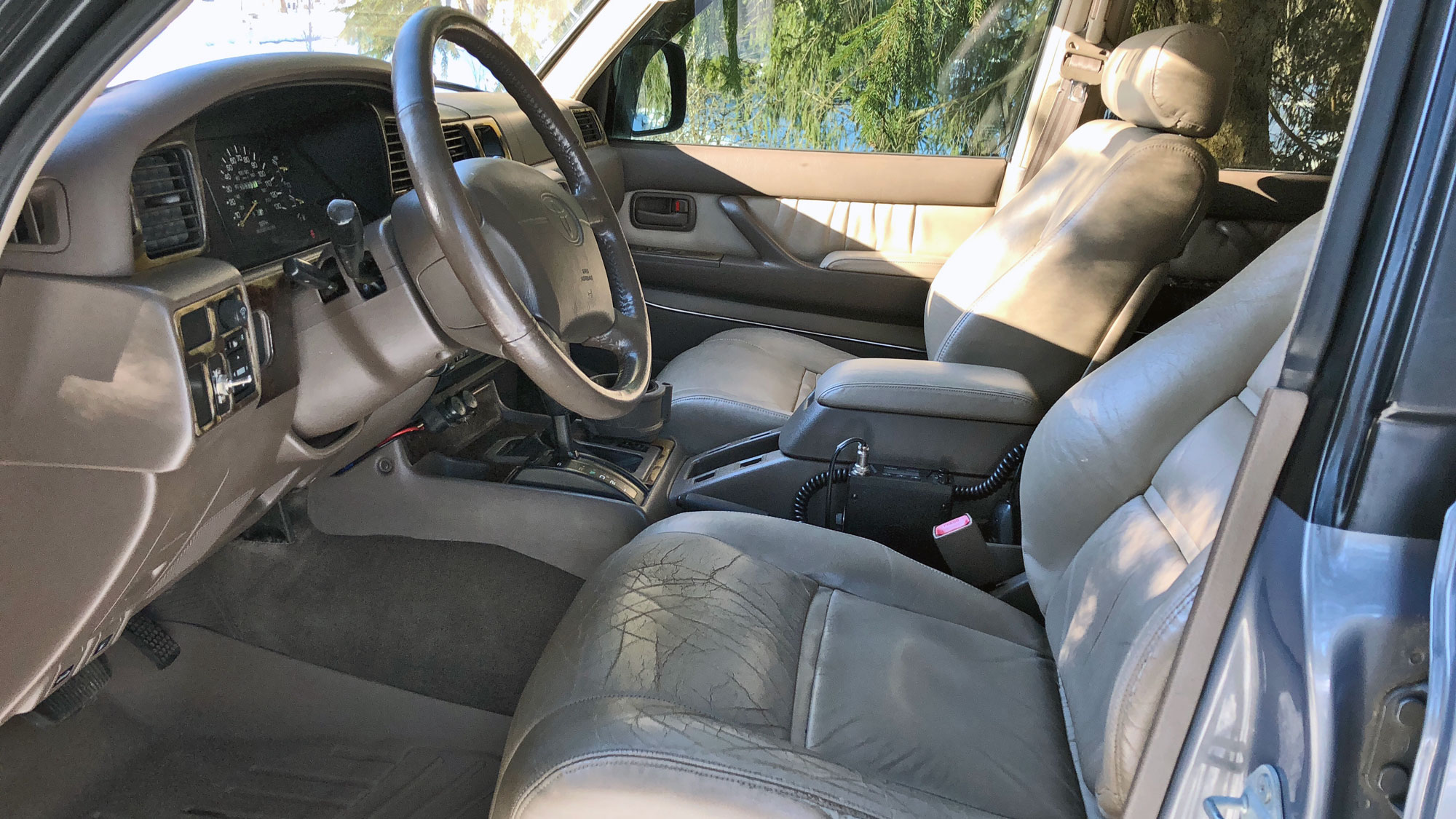 Interior electronics all function including dash gauges, climate control, aftermarket Alpine head unit, windows, locks and center locking differential control.  There is a multi-function CB Radio with antenna installed and in working order. The only non-functioning component is the main AM/FM radio antenna; the radio still receives signal, but the antenna itself in not in working order. 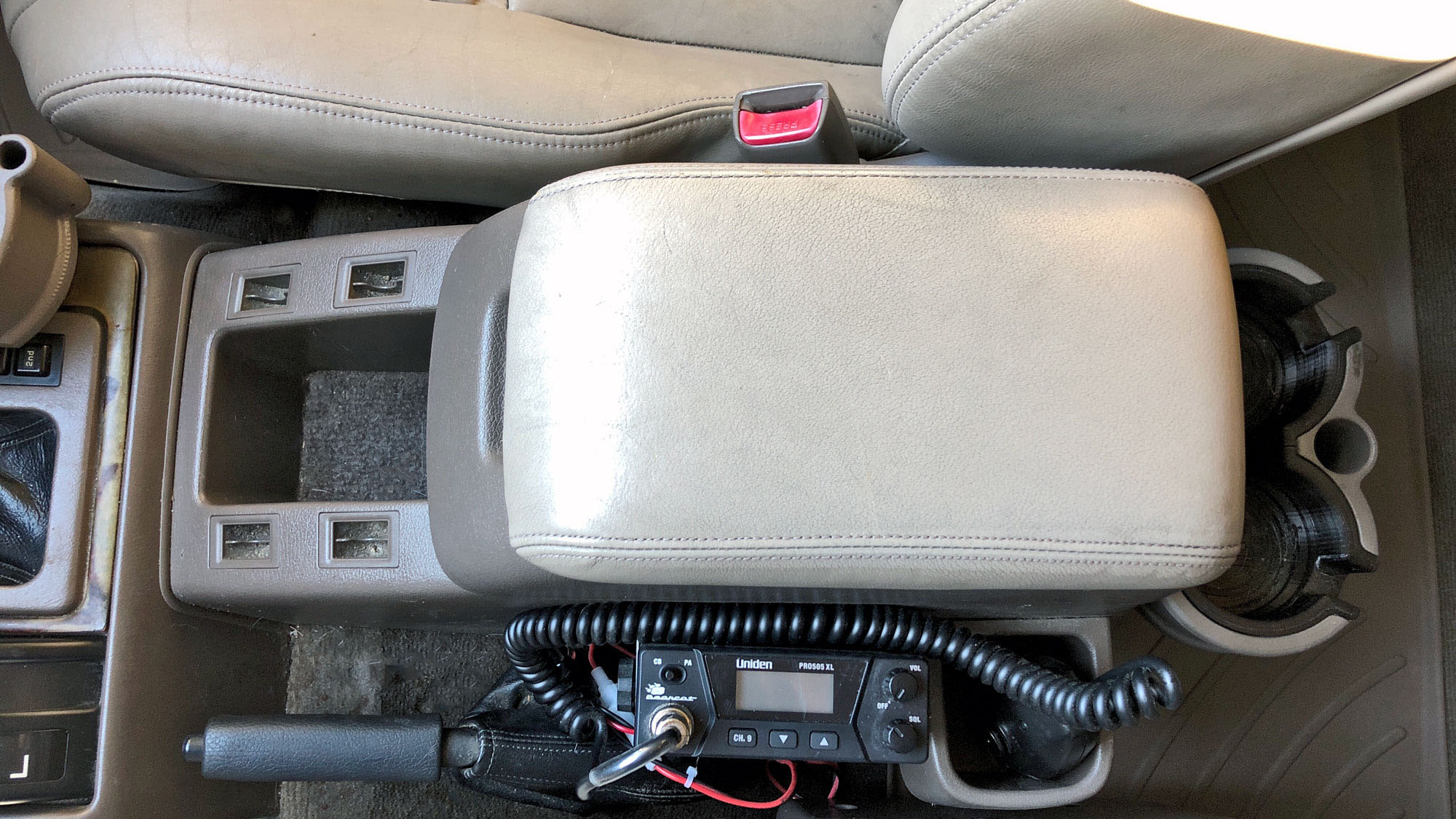 The chassis and mechanical sides to the FZJ80 are in good order.  The radiator, A/C condenser, hoses and belts were all replaced with OEM parts.  The front hubs were rebuilt as well as recent brake work and fluids all around. The frame has been treated since it was brought to Maine with Fluid-Film and rarely driven in the winter.  The corrosion seen in the photos is merely superficial and in no way hindering structural integrity. 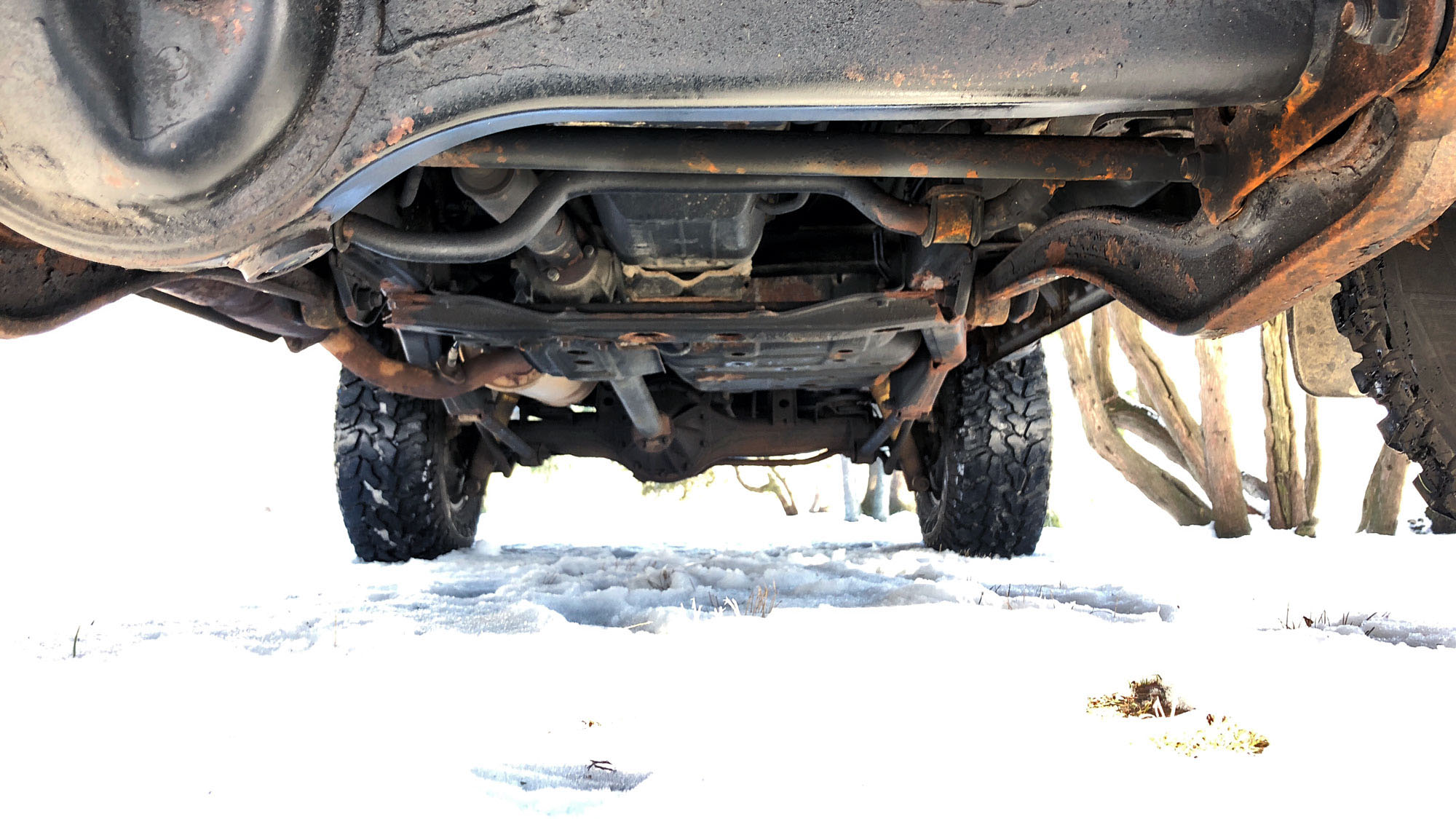