This second generation, 2008 Toyota Sequoia Limited is a three owner example sourced from Erie, Pennsylvania this past month.  About 9000 miles ago, this Sequoia received a new frame under Toyota’s recall, which also replaced all suspension components, brake lines, fuel lines, power steering system as well as many other items associated with the recall. 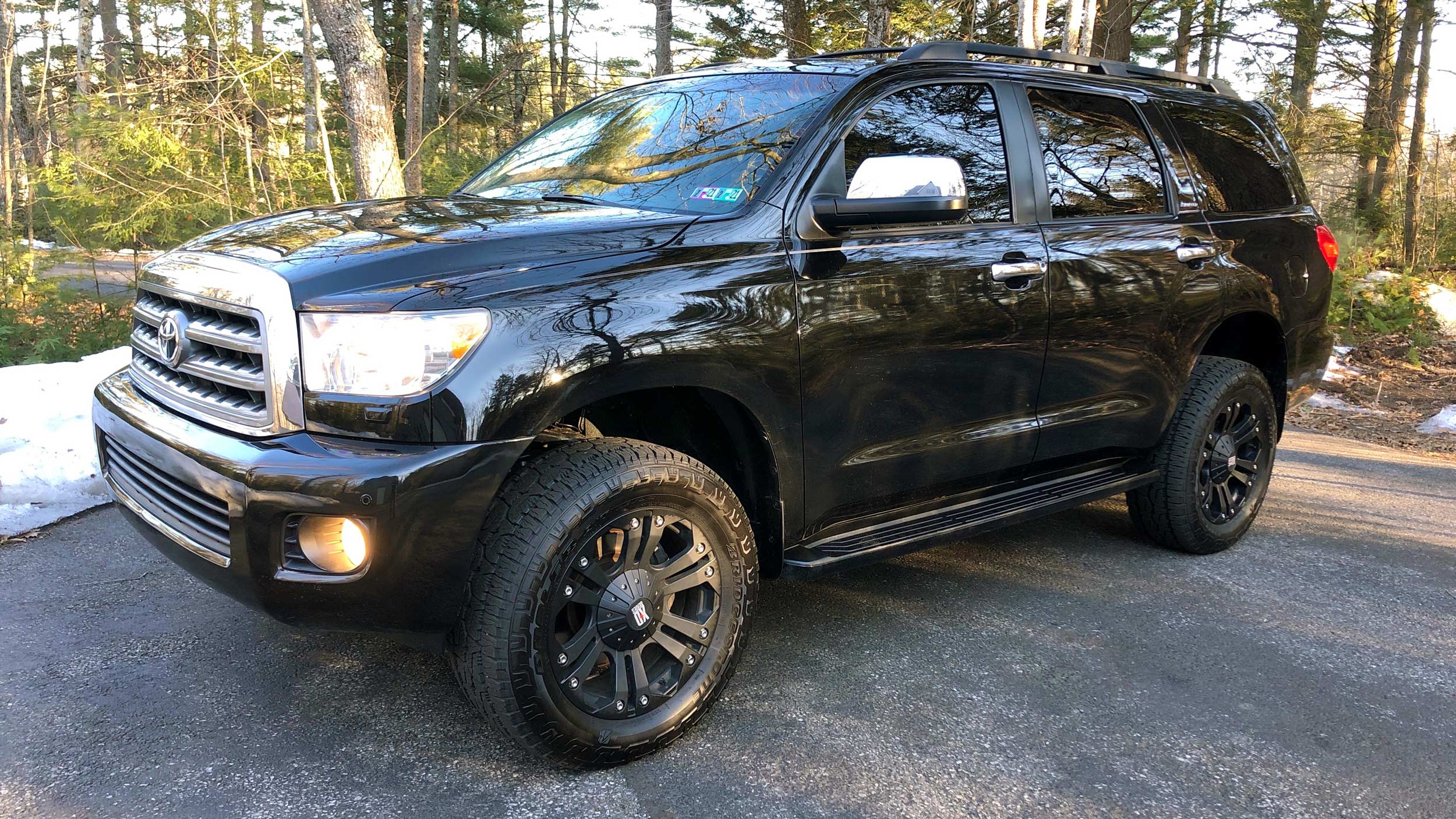 Power comes from Toyota’s 381 hp 5.7L 3UR-FE V8 mated to a 6-speed automatic with a multi-select four wheel drive transfer case.  All mechanical systems have been fully tested and work as intended including the 4WD system. 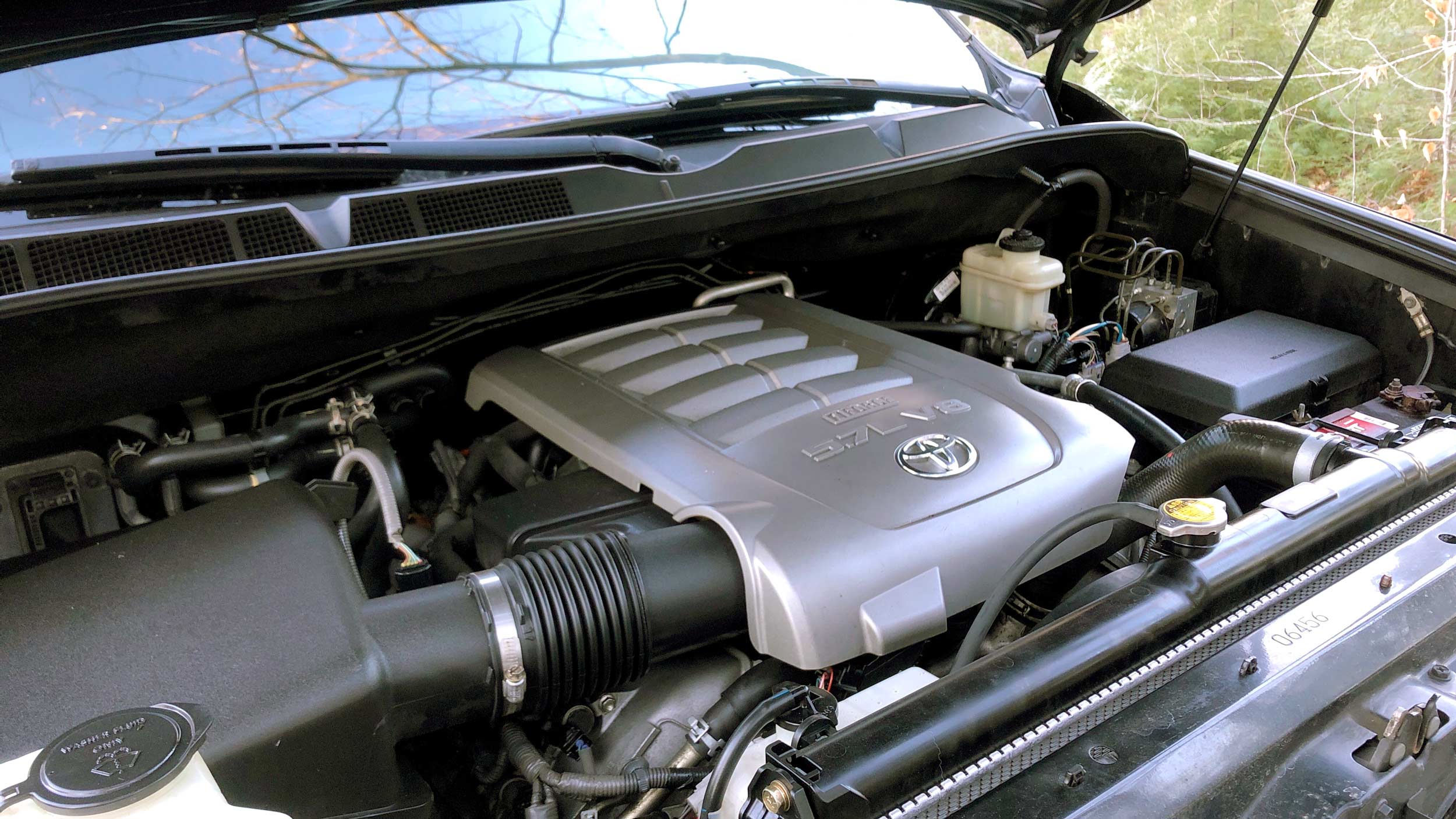 The exterior is finished in Toyota’s Classic Black, which shows very well.  The body remains rust free with no signs of corrosion in any of the problematic places.  Subtle rock chips were covered with touch-up paint while light scratches are scattered around the vehicle.  The body is in very good condition for the age and mileage of this Sequoia. 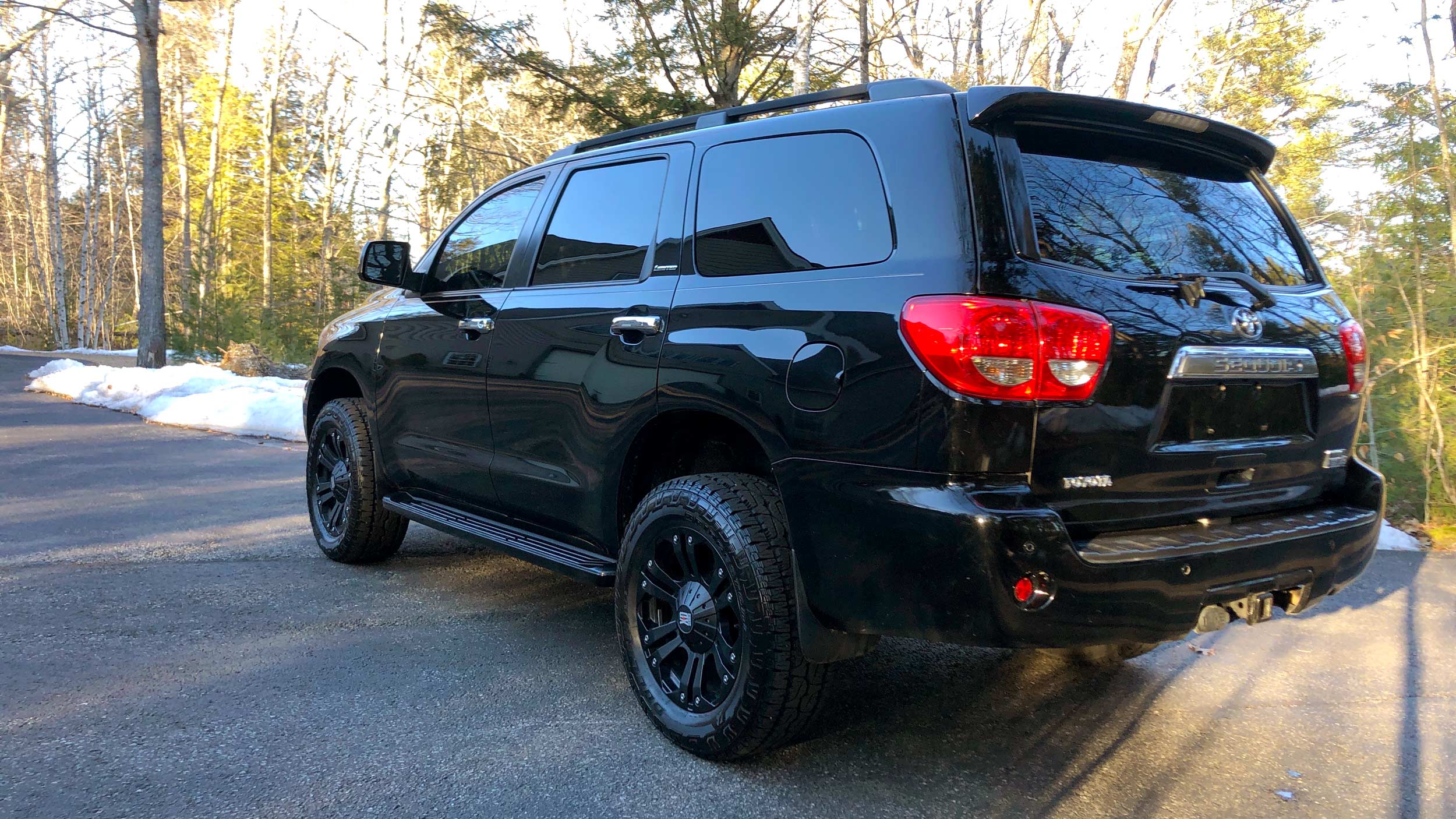 The Stone Gray leather interior is incredibly clean and shows very minimal wear.  Scuffs, scratches and seat wear are present, but there are no rips, major staining or foul odors at all.  Black WeatherTec floor mats cover all three rows of seating while Toyota’s rubber factory cargo mat remains intact in the rear. 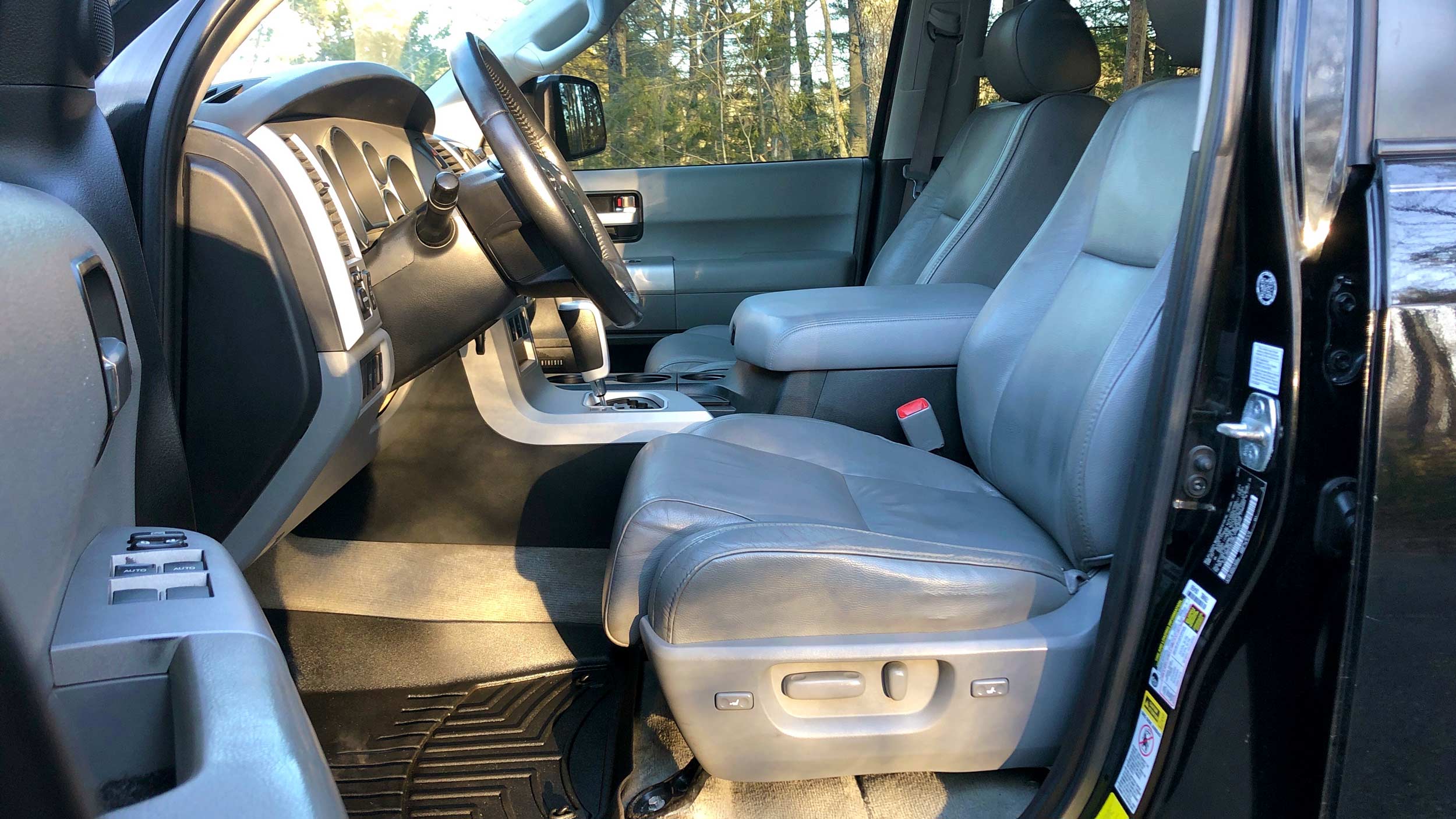 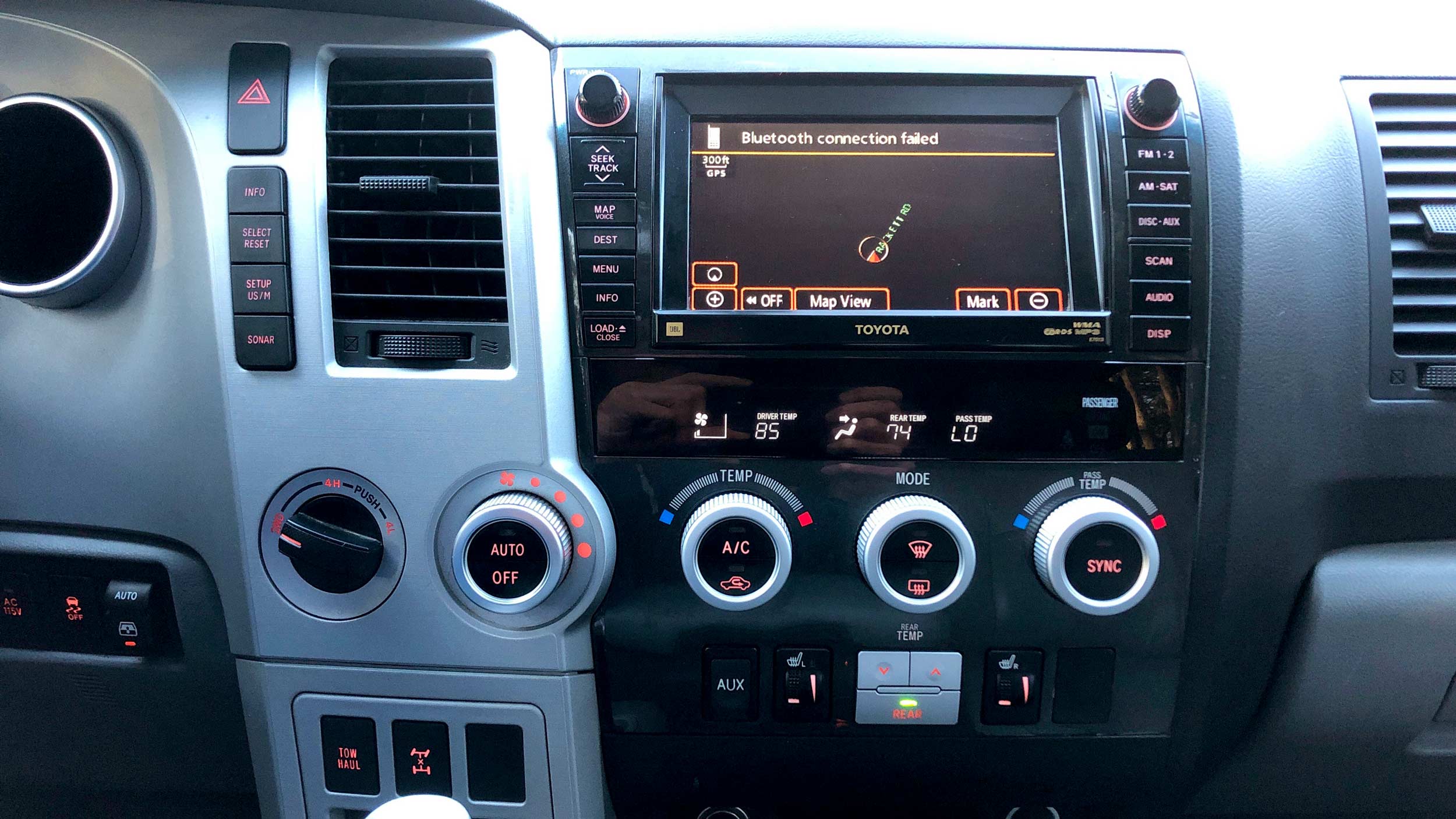 The chassis is in nearly new condition.  The only items that were not replaced in the recall were the rear, double wishbone coil sprung suspension and spare tire.  All coils, shocks, wheels, brakes and tires were replaced. A 3” lift was also installed to accommodate the 285/60R20 Bridgestone Dueler A/T treads.  These tires have about 90% tread life remaining. 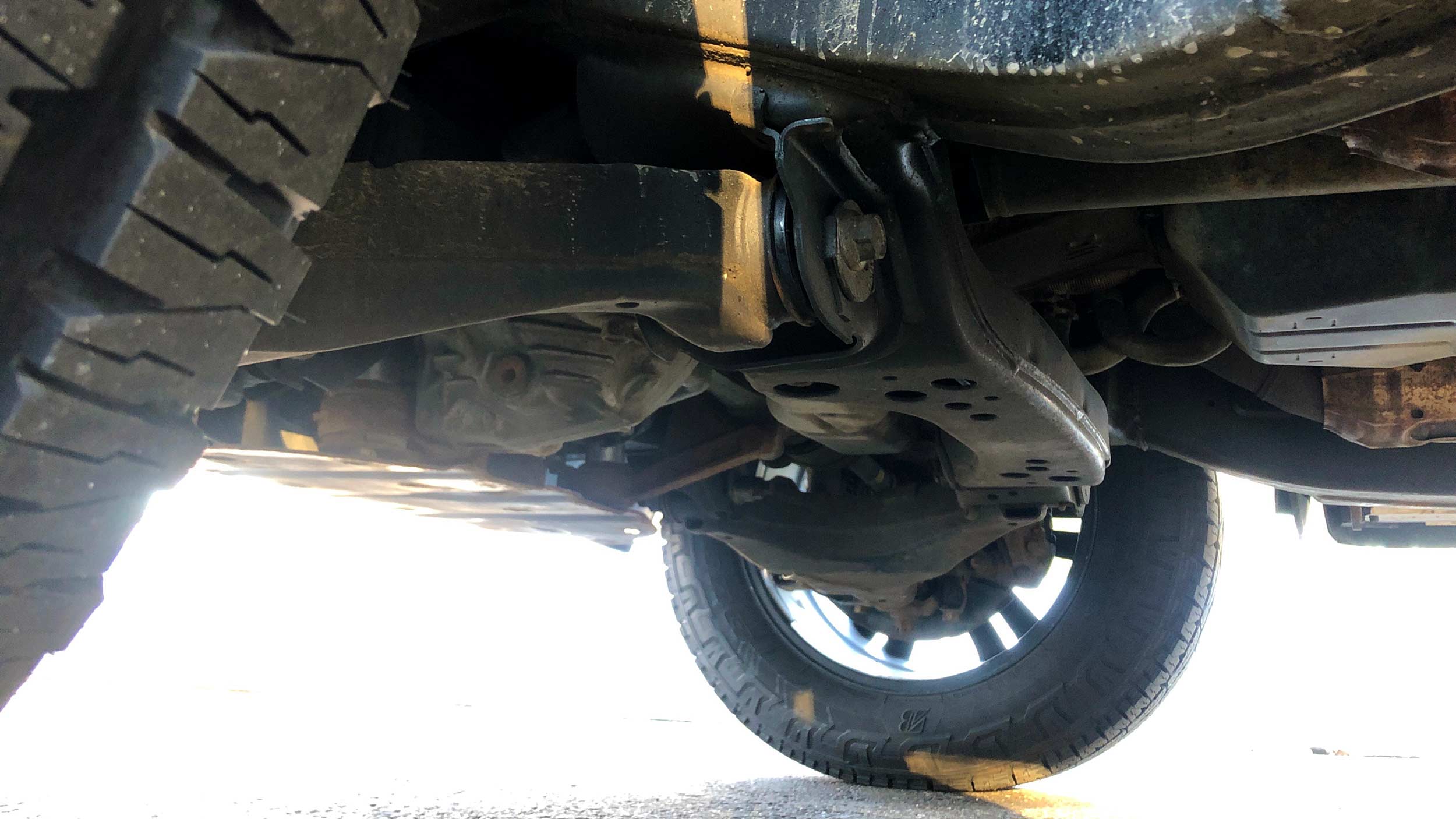 This 2008 Sequoia comes with all factory manuals, two keyless entry fobs with valet key, full tool set and rear entertainment headphones (2) with remote.  A new Maine State Inspection was just issued along with a full synthetic oil change from Toyota. 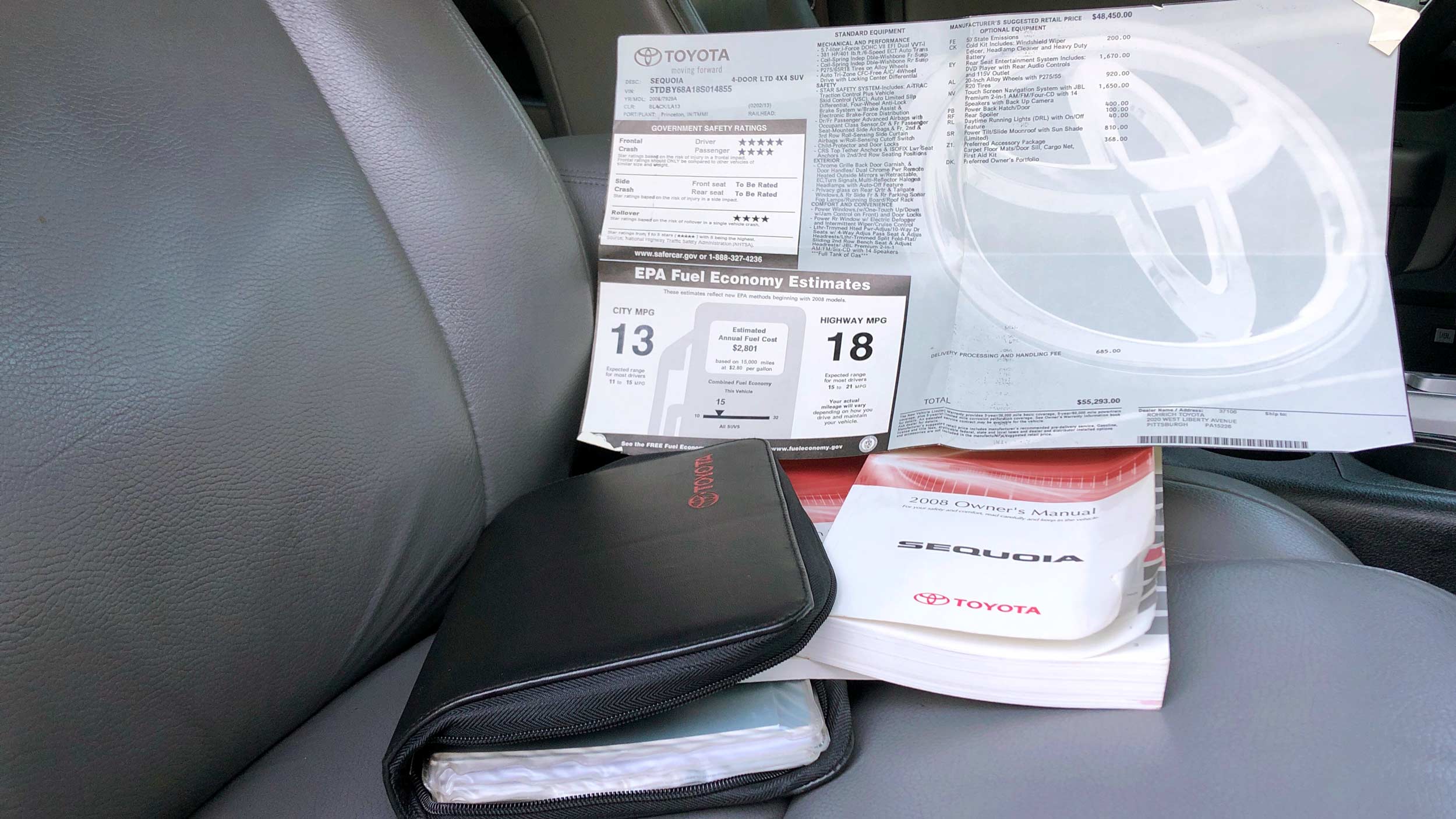