This one owner, fifth generation Toyota 4Runner Trail was initially purchased in New Mexico and resided between New Mexico, Texas and Maryland until 2016 where it finally made its home in Maine. 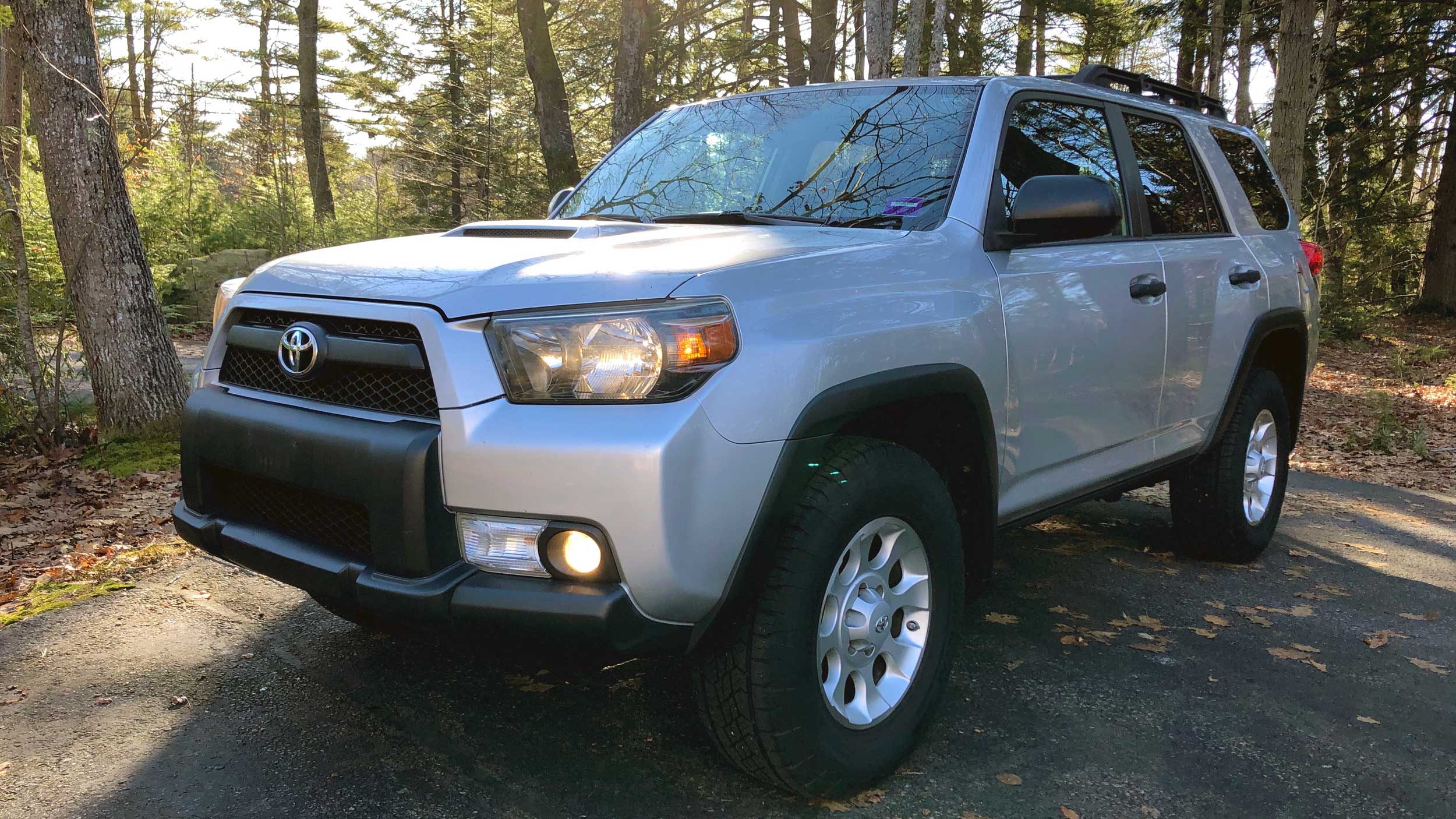 Power comes from Toyota’s 270 hp Dual VVT-i 4.0 L 1GR-FE V6 backed by the bulletproof 5-speed automatic transmission with part-time 4x4 transfer case. This platform has been available since 2009 and remains unchanged in the most recent rendition of the 4Runner for 2020. 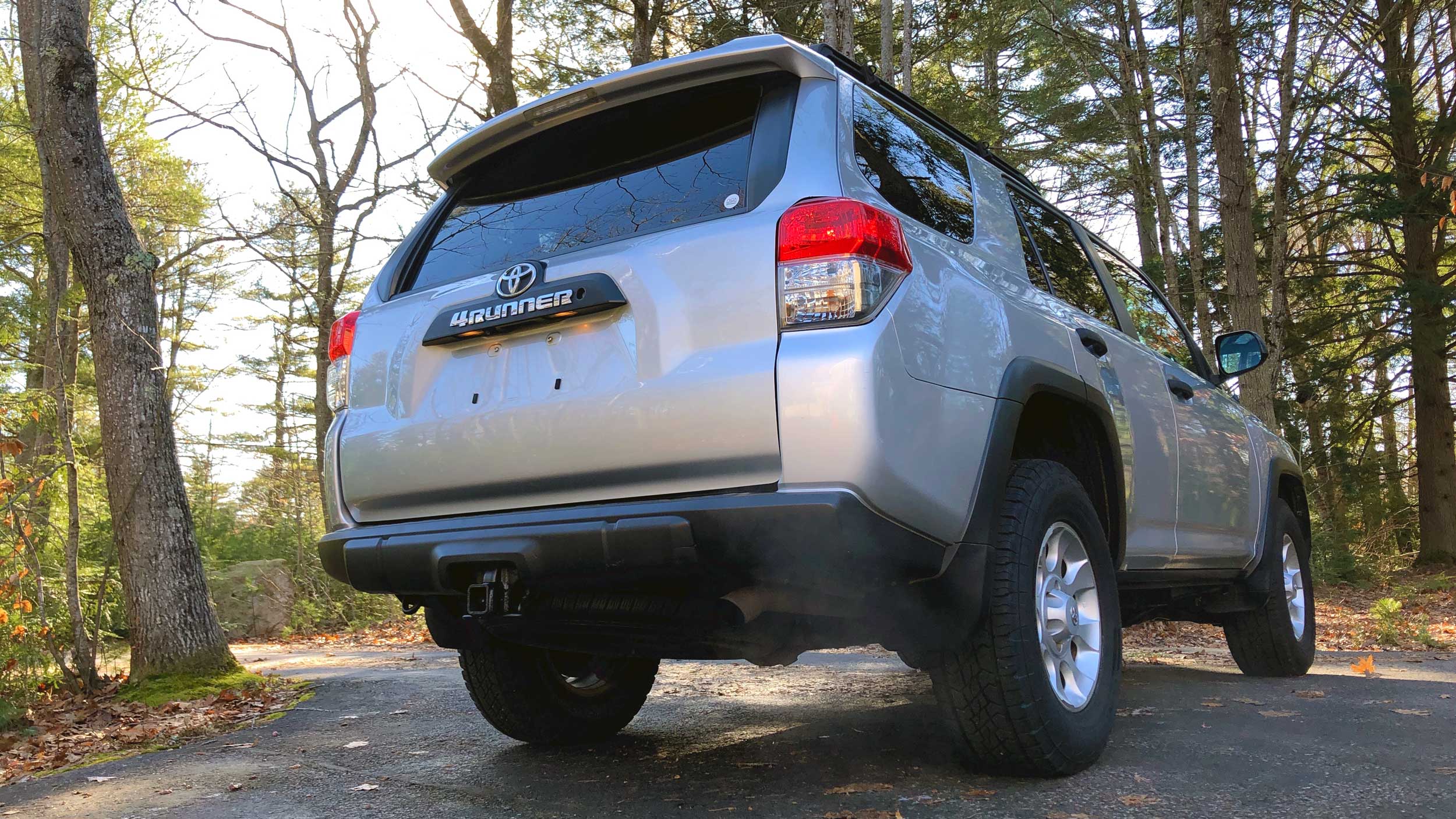 The 4Runner Trail is a special package in both appearance and, more importantly, mechanics boasting many offerings usually only found in the Toyota Land Cruiser models.  On the mechanical side, this 4Runner Trail is equipped with Kinetic Dynamic Suspension System (KDSS), which gives the driver a multitude of suspension options for on and off-roading. 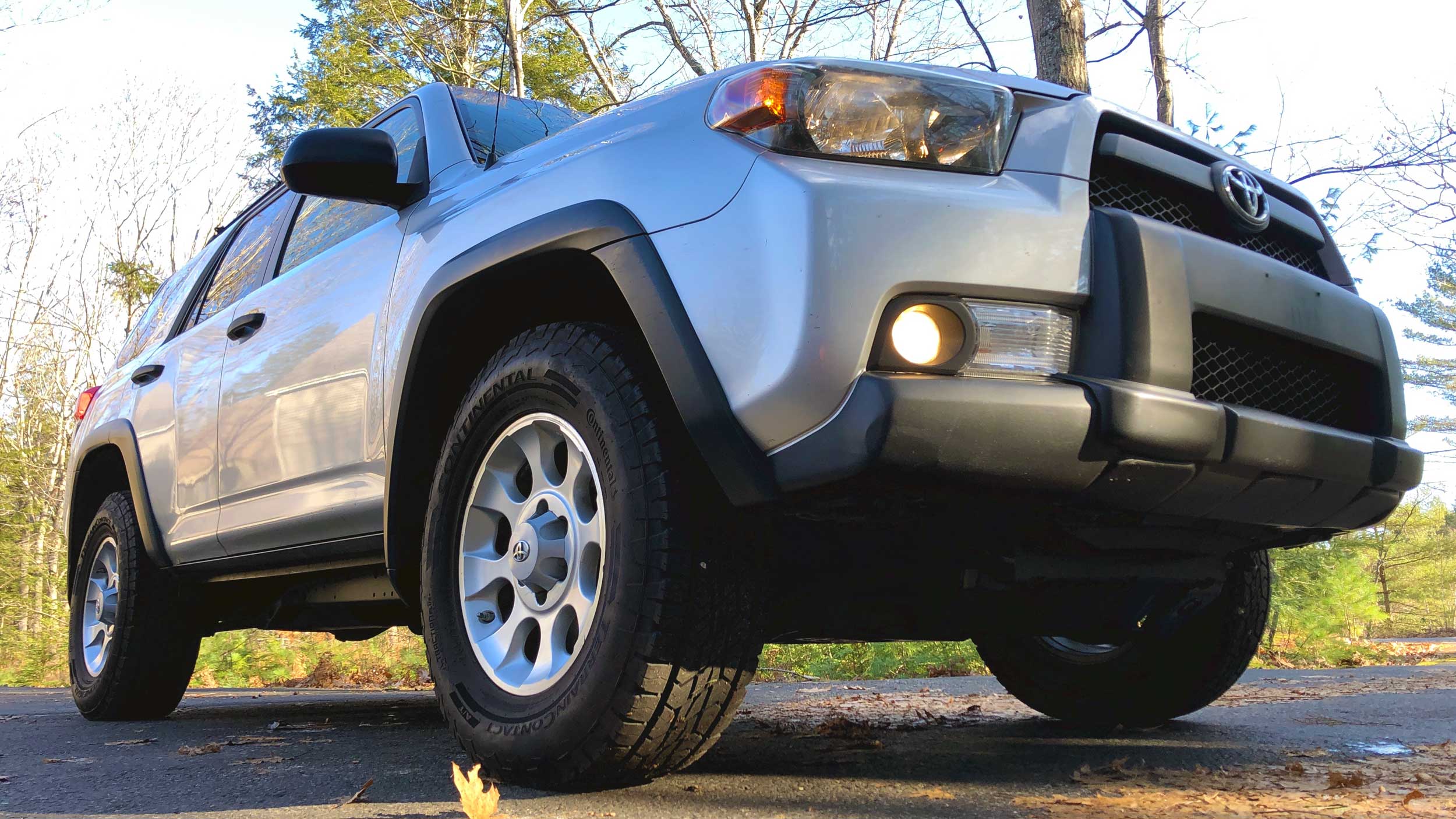 Crawl Control is also standard in the Trail model along with a rear locking differential, A-Trac as well as Down Assist Control (DAC), which makes climbing down steep terrain a breeze. 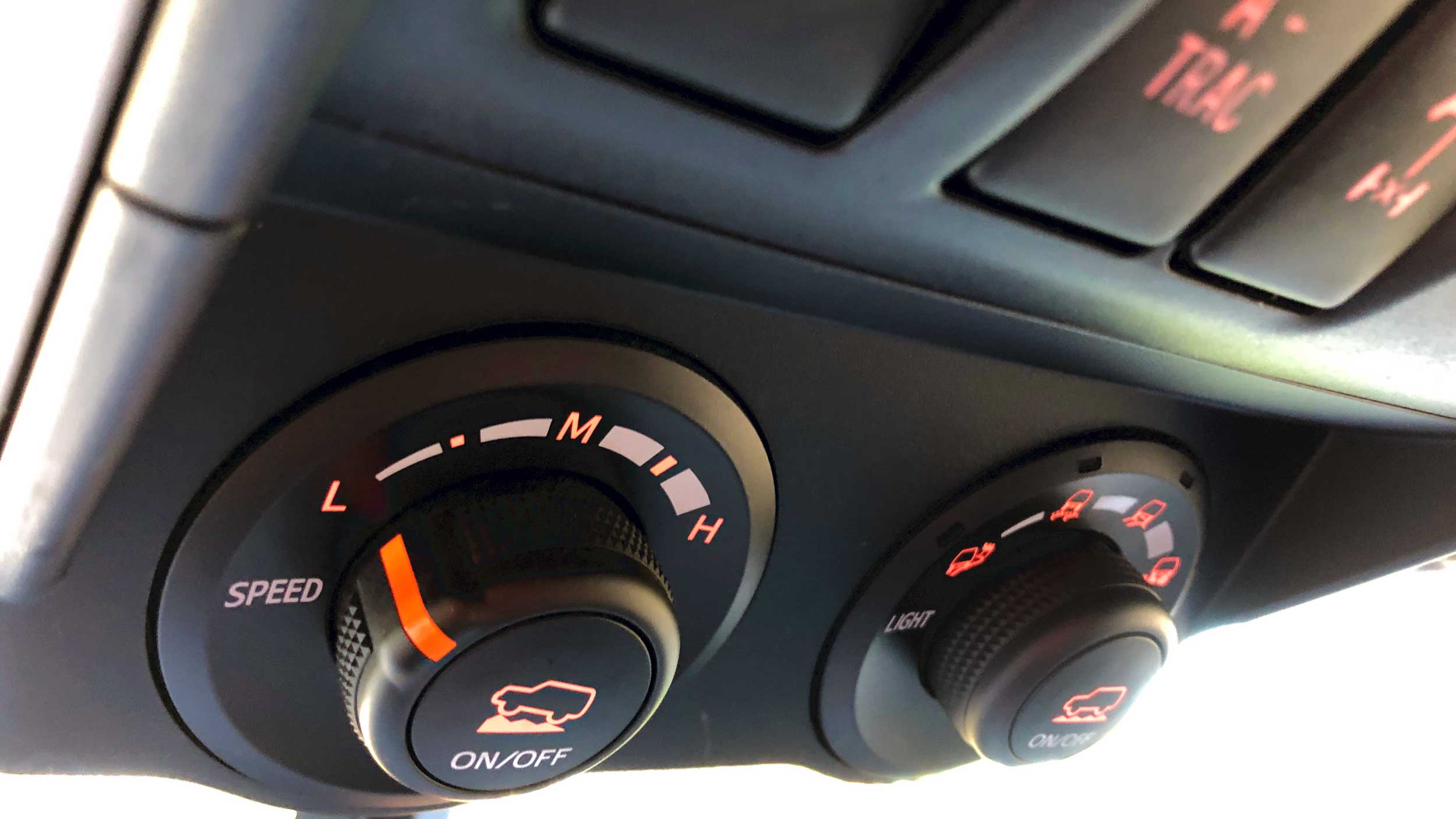 The exterior of this 2011 4Runner Trail is finished in Classic Silver Metallic, which shows very well, but does have some minor scratches, scuffs and minor dents.  The matte black trim is fully intact and free from major cracks and fading. The factory roof rack with crossbars is fully functional and appears to have been used very little.  All exterior lights are free from fading, cracks and function as they should. 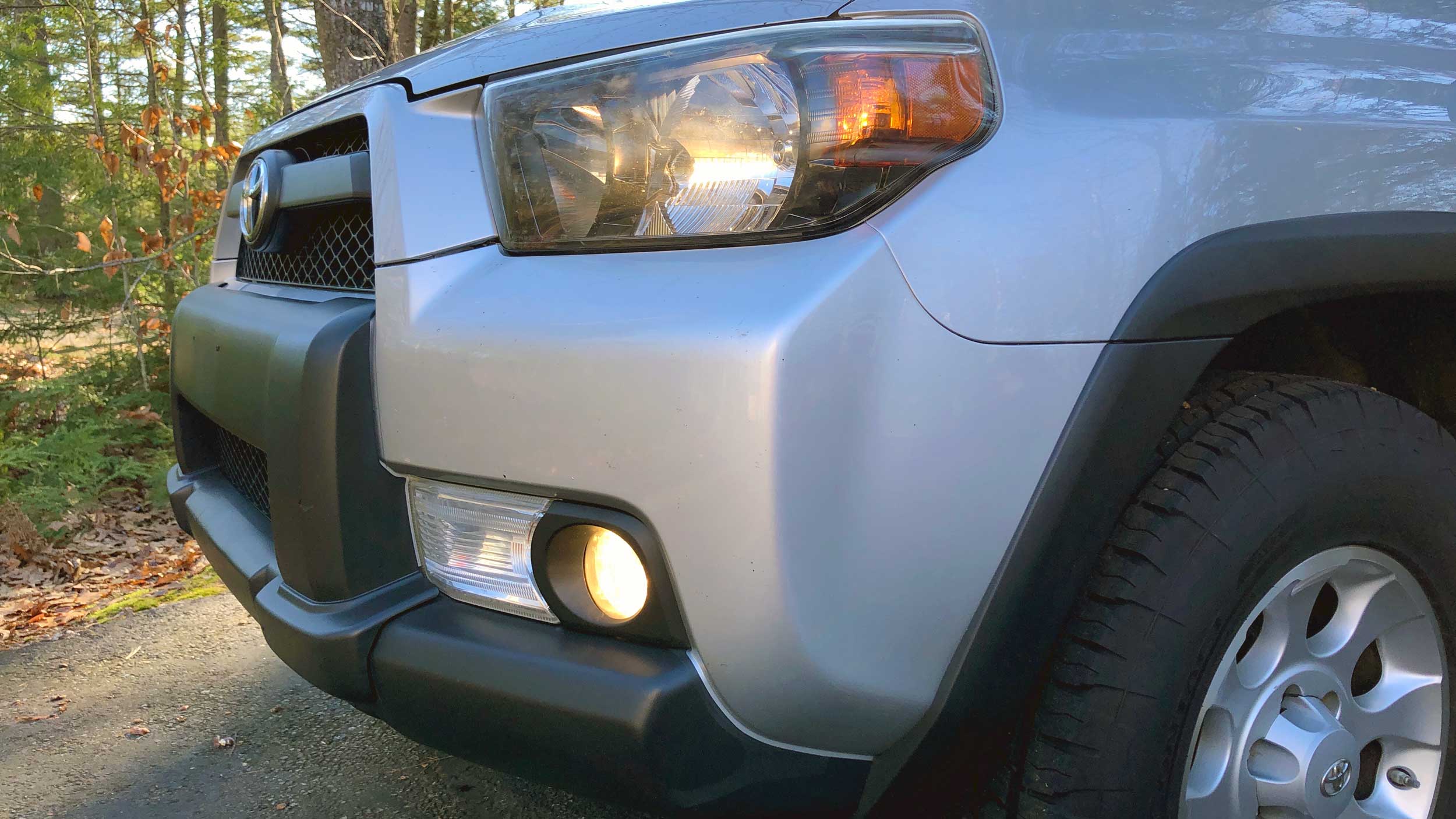 The OEM, alloy, off road wheels are in very nice shape with only minor scrapes.  The wheels are fitted with a nearly new set of 265/70R-17 Continental Terrain Contact A/T tires. 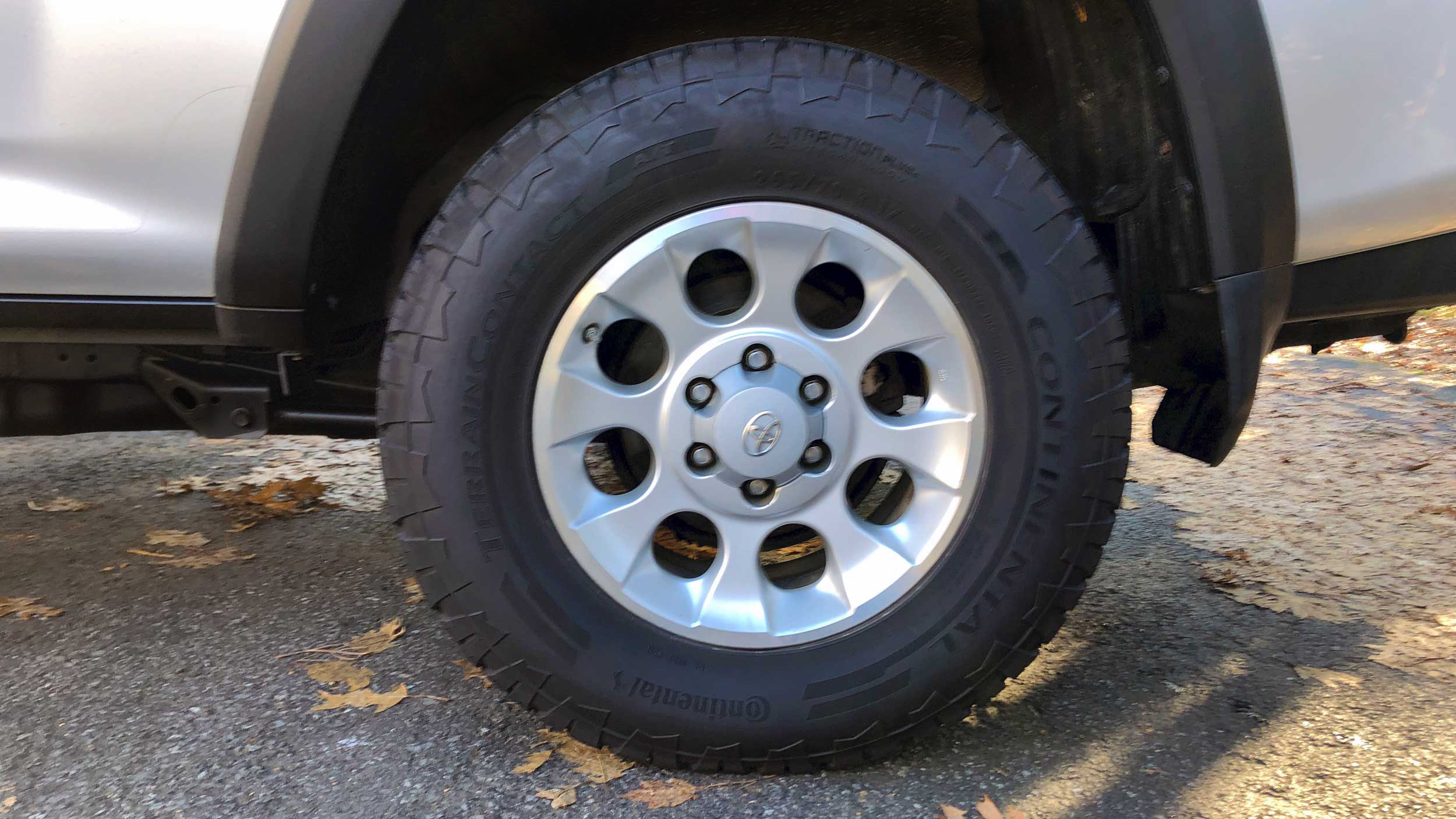 The black and gray interior has held up well.  There is some wear on the center console and some scattered scuffing throughout the cabin.  The carpeting has minimal wear thanks to the custom molded Husky Liners installed in both front and second row seating and in the rear, sliding cargo hatch.  Factory cloth floor mats are also included and look nearly new. 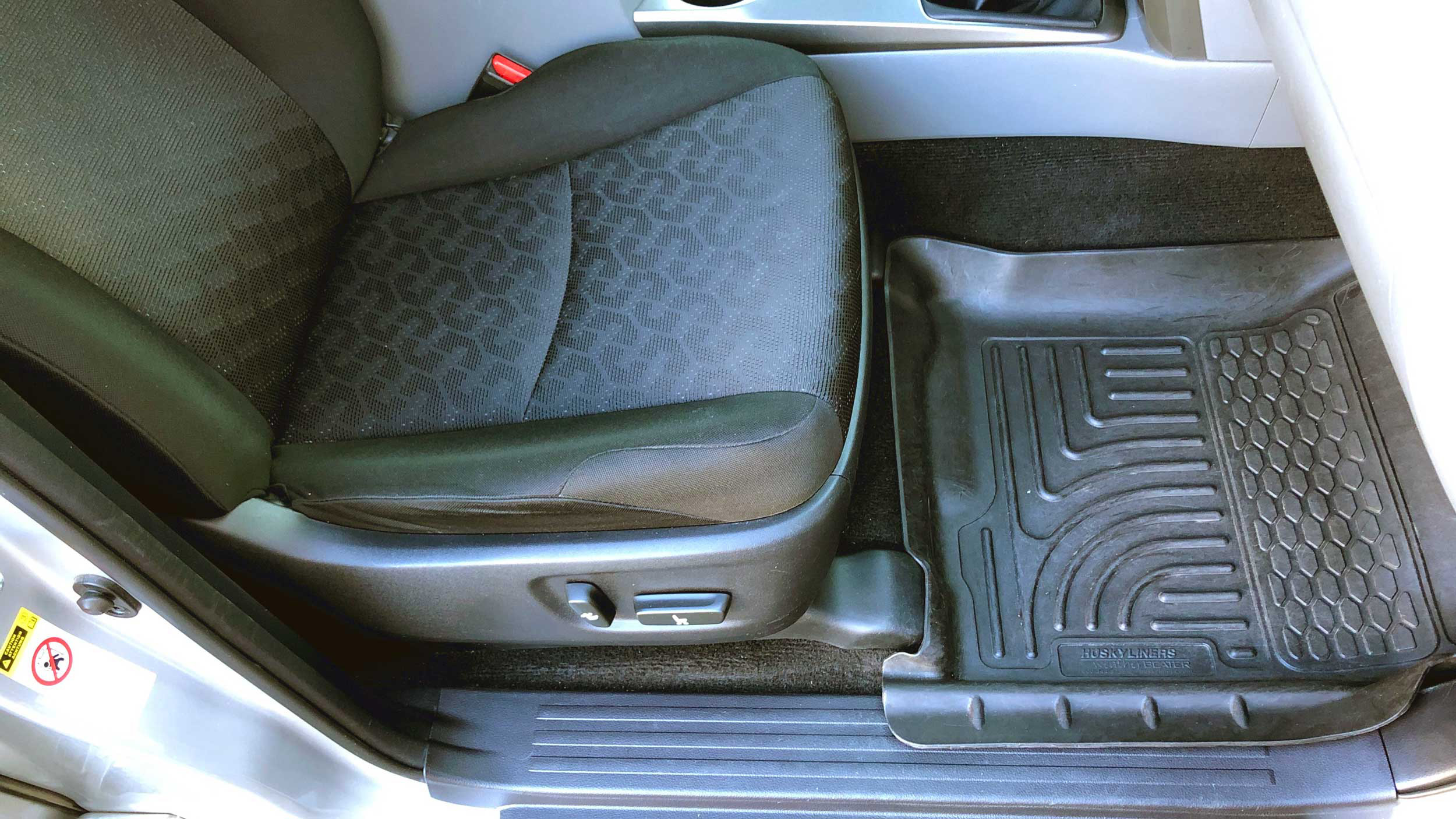 All interior electronics have been tested and work as intended.  This Trail has factory Navigation, Bluetooth, CD/MP3, AUX inputs, 400W receptacles, JBL premium sound with Subwoofer, fully functional moonroof as well as power locks and windows. 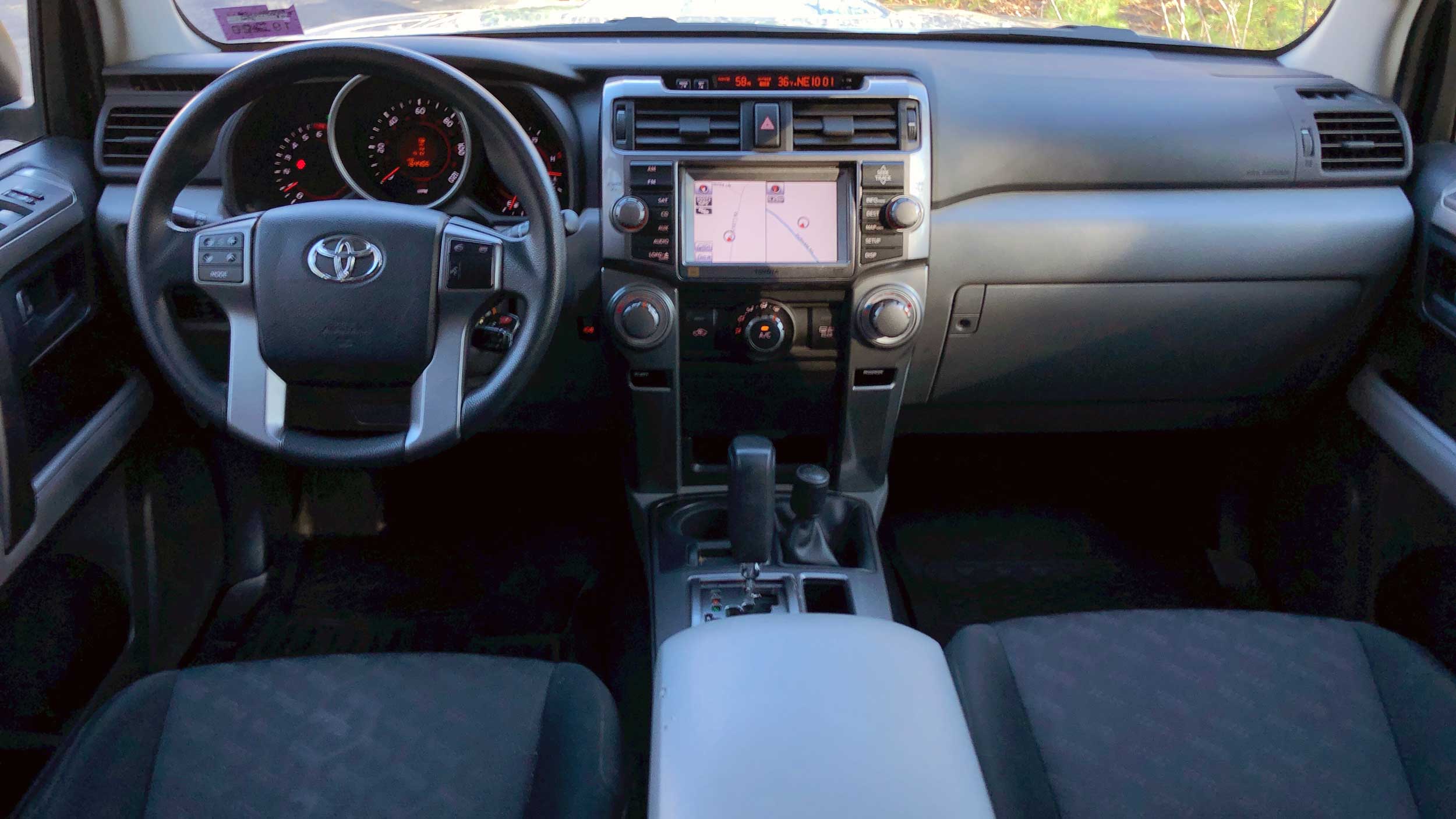 The chassis and engine bay are also very clean partly because this 4Runner has only been in Maine for the last three years.  The frame rails are in very good condition with minor surface corrosion. There are no leaks, rattles or shakes at idle or in drive. 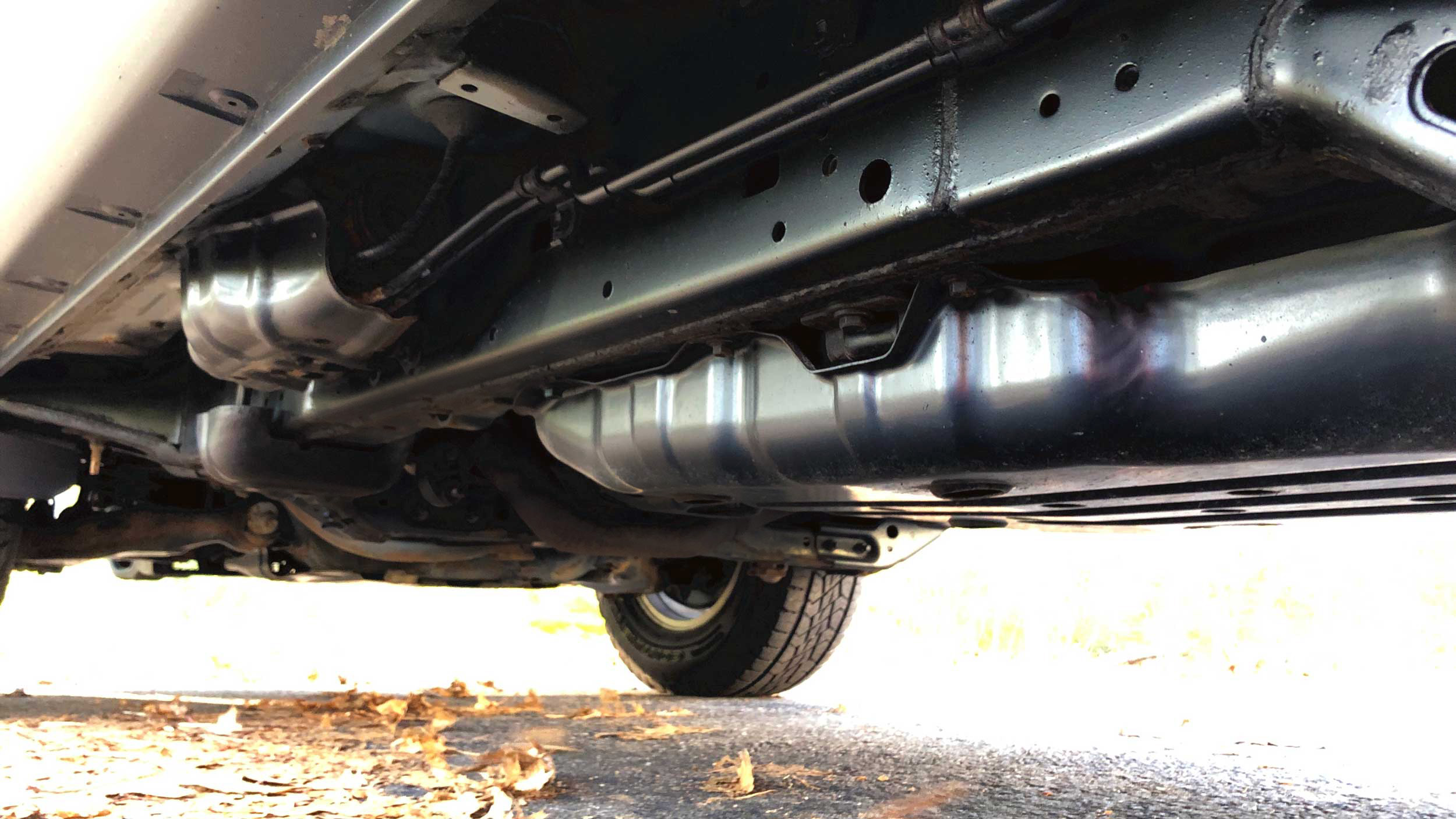 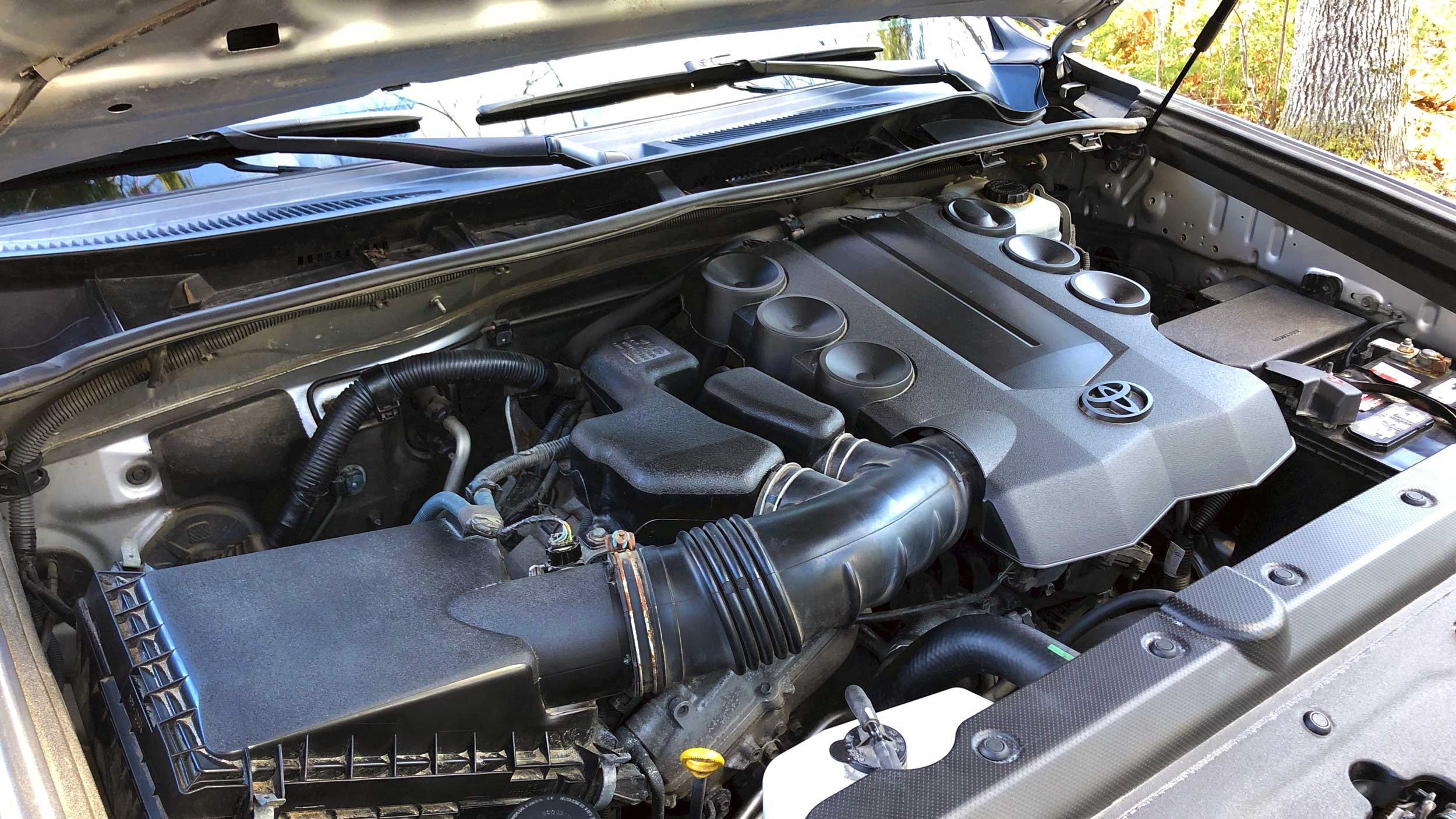 Two key FOBS, two valet keys, full tool set and all factory manuals are included with this 4Runner.  A clean title and Autocheck report are also available to view. 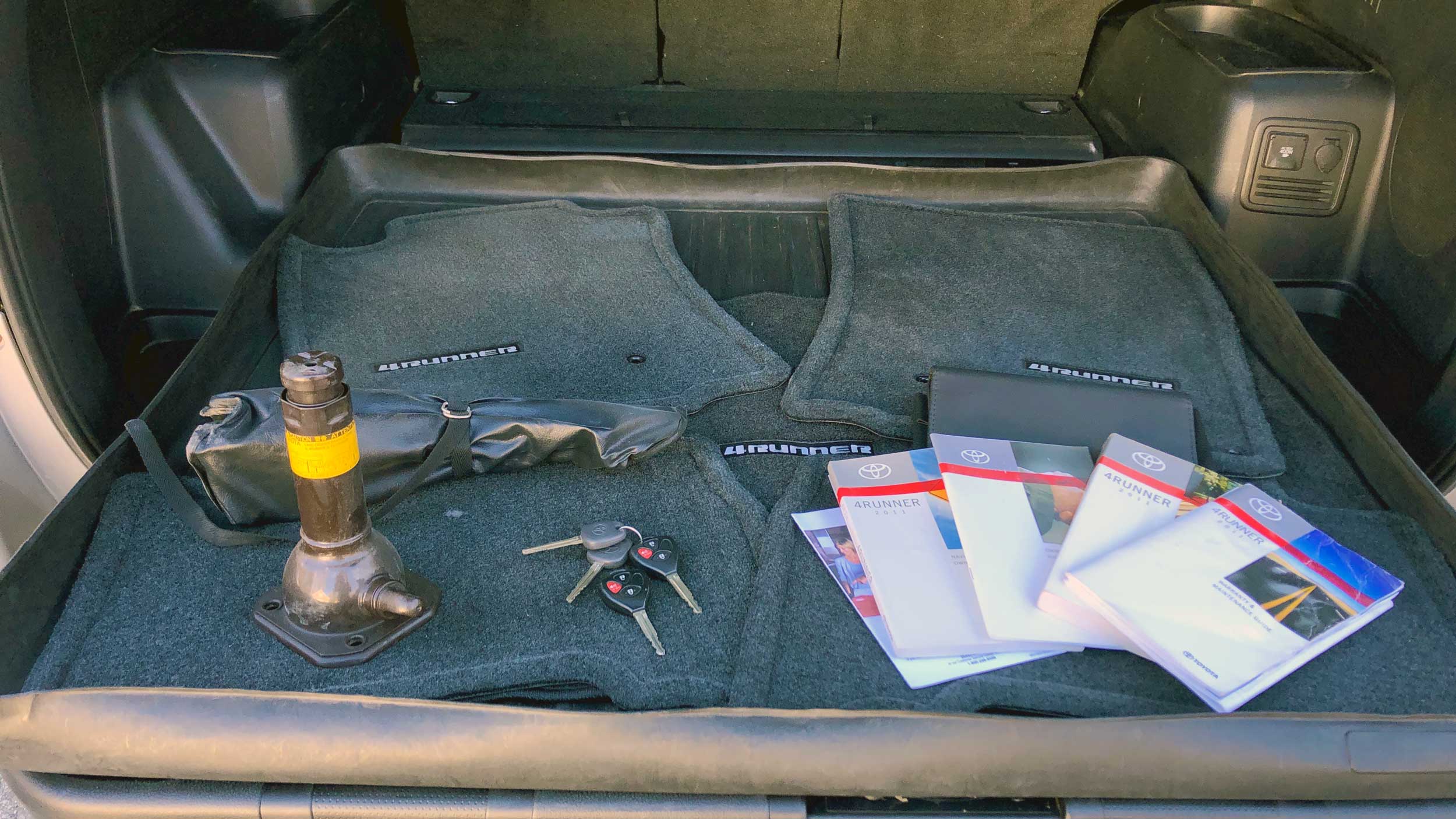